I don’t know if I’ll be able to find my parents' grave. A report from the tornado-struck villages

Not all householders were insured against storm damage. 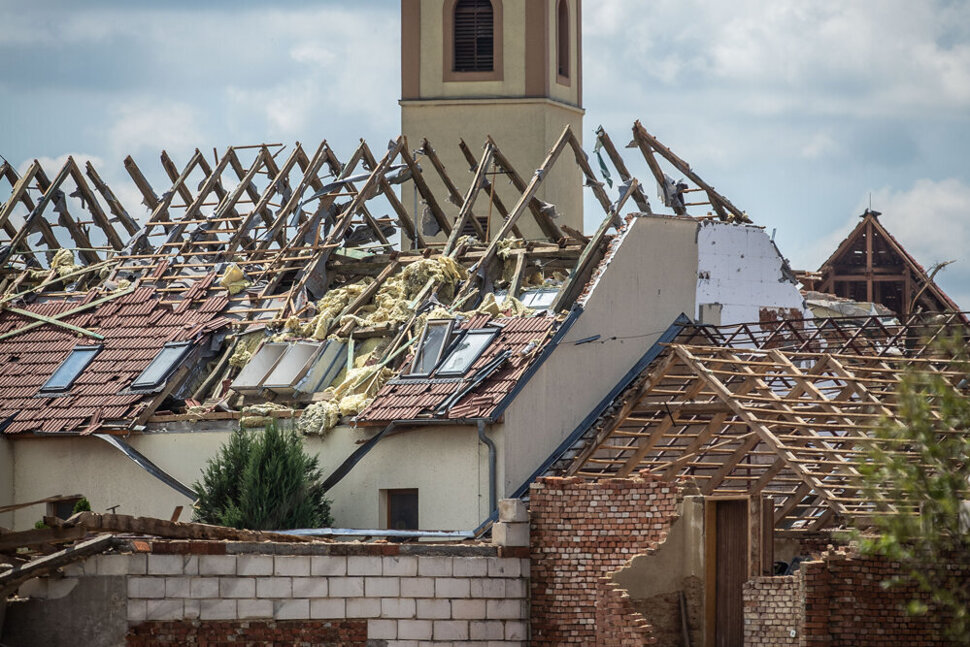 Massive storms affected the whole of the Southern Moravia region, in the south-east of the Czech Republic. The area along the border with Slovakia was the hardest hit. (Source: Sme - Jozef Jakubčo)
Font size:A-|A+

Part of the village stands untouched, the rest looks like a scene from a post-apocalyptic movie. Broken roof tiles crunch under the car wheels, glass shards from shattered windows lie scattered all over the ground, deformed pieces of metal from roofs dangle from the branches of broken trees.

The municipality of Lužice in southern Moravia, home to some 3,000 inhabitants, is one of the villages struck by a powerful tornado on Thursday evening. Massive storms affected the whole of the Southern Moravia region, in the south-east of the Czech Republic. The area along the border with Slovakia was the hardest hit. The natural disaster claimed at least five lives, and dozens of people were left seriously injured. 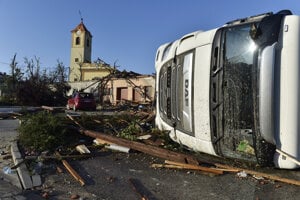 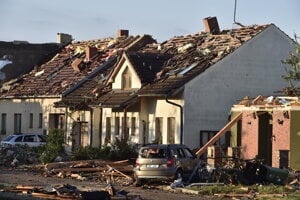 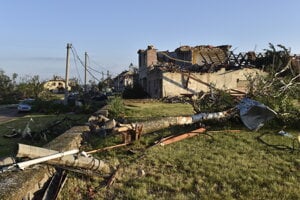 Based on the wind speeds recorded and the extent of the damage left by the storm, Czech meteorologists estimate that the tornado reached F4, or ‘devastating damage’, on the Fujita scale, a measure of tornado strength. The strongest tornadoes are classified as F5 on the scale.

Some house owners had just paid off their mortgages

“The tornado changed direction about a hundred metres from my house,” says the deputy of the Lužice municipal council, Jiří Domanský. His house was spared. Domanský has spent the day surveying the damaged sections of the village. He has just met with a structural engineer.

Several fundraising campaigns have been set up to help people in the affected areas. Donations can be sent, for example, to the account of the Diocesan Charity in Brno, through the Slovak branch of the ADRA non-governmental organisation which coordinates with ADRA CZ, through People in Peril, or through the Association of Community Foundations of Slovakia.

Officials have been given spray paint to mark each building – showing those that are safe and those that people will not be allowed to enter due to structural damage.

Domanský has agreed with the engineer – a cross will mean no entry. Buildings that are now only fit for demolition fall into a special category. These will clearly need to be torn down, he notes.

The house of Jaroslav Stibůrek received a direct strike from the tornado. All of its windows are broken, the facade is damaged and the owner must jump across piles of rubble to move around his own property.

“You see, the whole roof is gone. What is more, after the tornado there was a gas leak right in front of my house. Thankfully the firemen handled that quickly. The most unfortunate thing is that I do not have insurance on the house,” he sighs.