They can report illegally-parked cars or other problems occurring in the streets. 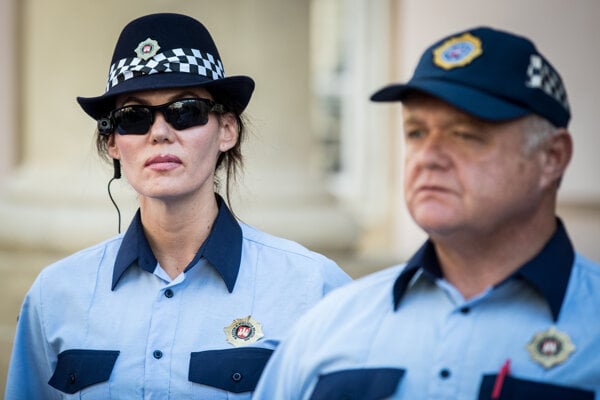 People can now communicate with the Bratislava municipal police through a new website and mobile app.

They can, for example, notify the police about illegally-parked cars or other problems occurring in the streets of the capital. The mobile app can also be used to report a natural disaster or other serious situations, said Peter Borko, spokesperson of the Bratislava municipal police.

“We would like to announce all important events happening in the capital and the police through our new website,” Borko said, as quoted by the TASR newswire. He added that they plan to regularly report on some topics and communicate them on social networks, work with young people at schools and out in the field, as well as cooperate with in-field police teams.

As for topics, the municipal plan on informing the public about pickpockets in July and offer tips to avoid potential theft.

“We believe that like this we can contribute increasing security in the town,” Borko said, as quoted by TASR.

At the same time, people will be able to communicate with the police and submit their proposals to improve the services or report a potential breach of law.

“We will deal with every single report, and inform not only the person who submitted it, but also the public about the result,” Borko said, as quoted by TASR.

As it is not possible to deal with all reports, he added that people should use the general 159 police phone line, which is free of charge.

The new mobile app will contribute to easier communication with the Bratislava municipal police as well.

“For example, when reporting a car wreck, the app provides us with its direct coordinates,” Borko explained, as quoted by TASR.

Users can also turn on notifications for news and articles. In some exceptional situations, the police can use the app to send a warning to people with notifications turned off. The app can thus be used for early warning against natural disasters and other unpredictable situations.