Emma Zapletalová has set both national and championship records. 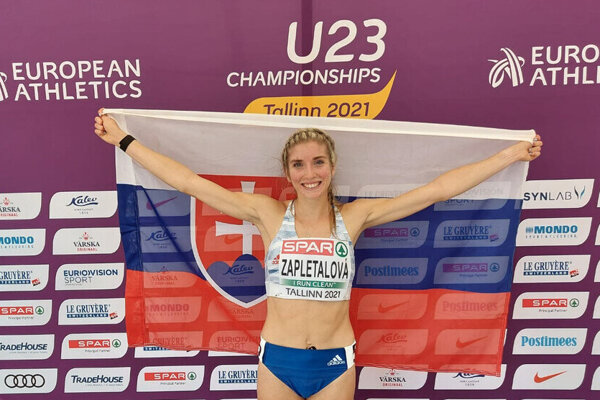 Slovak athlete Emma Zapletalová has become an under-23 European champion in the 400m hurdles after winning a race held in Tallinn, Estonia on July 1110 .

“It’s a great feeling, I still can’t believe it,” Zapletalová wrote on the Slovak Athletic Federation's Facebook page, adding that she wanted to break the record but did not expect such an improvement.

The charge of coach Peter Žňava won the fourth gold for Slovakia in the history of the under-23 European championship.

Zapletalová will attend the upcoming Summer Olympic Games in Tokyo starting on July 23. Her personal goal is to make it to the semi-finals, as reported by the TASR newswire.