The president does not understand reasons for blocking money for vaccination campaign. 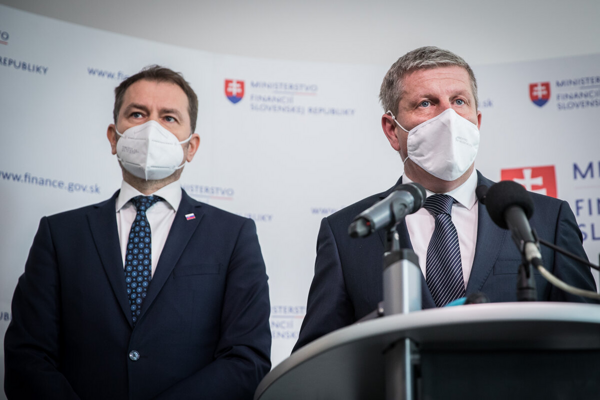 Though Slovakia started administering Covid vaccines in late 2020, the vaccination campaign is lagging behind. Despite several promises and the claims of the Health Ministry on running the campaign, it is hard to spot, as observers often say.

One of the reasons might be the financial shortage, blocked by the Finance Ministry, which is led by Igor Matovič (OĽaNO).

The discussion about lack of funds has been recently joined by President Zuzana Čaputová, who said the reasons for not allocating funds for a vaccination campaign are beyond comprehension.

Matovič has recently been quite critical of his own party's nominee, Health Minister Vladimír Lengvarský. One reproach concerns the low rate of vaccinated people.

“If somebody thinks that some naive advertising spots will persuade a person against vaccination, he/she is naive him/herself,” Matovič said about the significance of a vaccination campaign, as quoted by the Denník N daily. He made the statement at a time the number of people interested in vaccination is dropping.