The majority of foreigners who came to work in Slovakia have a different profession, a recent IOM survey suggests. 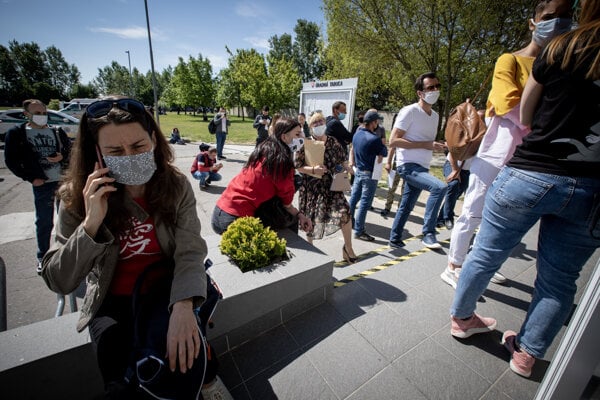 Though foreign migrant workers do not usually pick Slovakia as their first-choice destination, many of those who came to work plan to stay in the country.

More than 57 percent of respondents participated in the recent online survey of the International Organisation for Migration (IOM). These were among people coming from countries outside the EU or EEA who have been employed in the country in the past two years, and who said that Slovakia was not at the top of their list when deciding on where to work.

Among the main reasons for those who picked Slovakia as a destination for work is that they consider it safe and that it is part of the EU. Other reasons include the cultural closeness, language and geographical location, or that they have family and friends in Slovakia. Another quite numerous group moved to Slovakia for no specific reason.

“Despite the widespread opinion that foreigners don’t perceive Slovakia as an attractive country for life and use it as an entrance to the EU, more than 86 percent of respondents want to stay here in the future,” said Zuzana Vatráľová, head of the IOM office in Bratislava.

Not working in field of study

As many as 56.8 percent of respondents said they do not work in the field they studied.

Moreover, the survey shows that the type of job offer is not the main reason for work migration to Slovakia. Instead, the main reasons include their satisfaction with the housing and living conditions in Slovakia, good job opportunities and the possibility of family reunification.

Satisfaction with translations, but not doctors

The respondents had the best experience with official translators, the recognition of their education and qualification certificates, and the provision of the residence permit for their family members.

On the other hand, they were quite dissatisfied with communication with local institutions, the possibility of finding a general practitioner, and the length of the immigration process, which they also consider too bureaucratic.

IOM carried out the survey in September and October 2020 as part of the Technical Support for the Preparation of the Work Mobility Scheme for Slovakia project, co-founded by the European Union.

The survey was conducted in English, Russian, Serbian and Ukrainian .

IOM subsequently evaluated the answers of 352 respondents from more than 50 countries who lived in 29 districts of Slovakia at the time of the data's collection. The main reason for their arrival to Slovakia was work.

The largest group was comprised of people aged 31-40 years, while the highest number of respondents came from Ukraine, Serbia, Russia, Turkey and India.