Until the Constitutional Court’s decision is published in the Collection of Laws, the ordinance that divides people into vaccinated and unvaccinated is still valid. 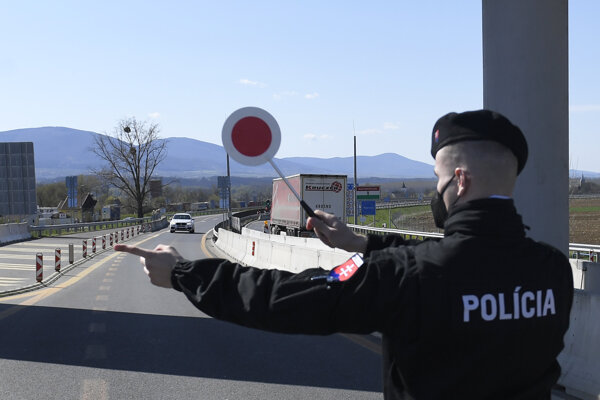 The Constitutional Court suspended the effectiveness of the Public Health Authority (ÚVZ) ordinance that changed the rules for travelling across borders.

The court has yet to decide whether the ordinance is in compliance with the Slovak Constitution. At the same time, the court renewed the validity and effectiveness of the ÚVZ decree in June, which, in the case of quarantine measures when entering Slovakia, classifies countries as green, red and black according to the travel traffic light system.

Hygienists ask to respect the instructions

The Public Health Authority respects the decision of the Constitutional Court.

“Further steps are currently being negotiated,” said ÚVZ spokesperson Daša Račková. “We understand the urgency of the situation and the public will be informed immediately of the outcome and the subsequent setting of conditions at the borders.”

She explained that until the Constitutional Court’s decision is published in the Collection of Laws, the ordinance that divides people into vaccinated and unvaccinated is still valid.

“Citizens are asked to respect the instructions of the control units when crossing the border,” Račková added. “People who have an appointment for PCR testing should use it.”

Opposition party Smer submitted a motion concerning the ordinance to the Constitutional court, claiming it discriminates against unvaccinated people and violates their constitutional right to freedom of movement and residence and the right to free entry into the territory of Slovakia.

The party added that it discriminates against cross-border commuters and their constitutional right to work.

The reason the stricter rules for returning to Slovakia have been suspended is they include an exception for people after the first dose of vaccine. According to the court, the ordinance allows, albeit for a limited period of time, the free cross-border movement of people who are practically unvaccinated, without their subsequent isolation and quarantine, and makes this possibility conditional only on their initial and hitherto ineffective vaccination.

"This fact is controversial in terms of protection of life and health," it wrote in the decision.