What will Slovak athletes wear at the 2021 Olympics?

Catch up on travel and culture stories from this week. 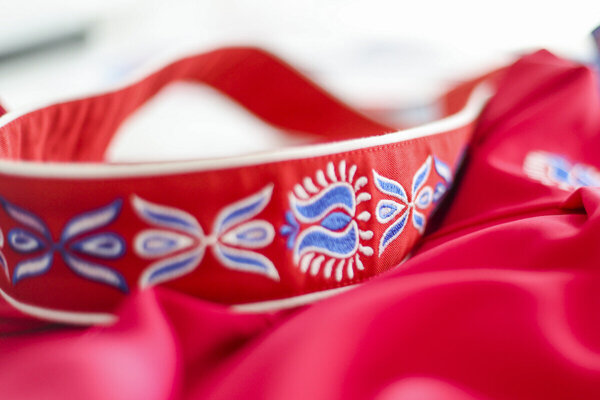 Hello. This week, we are writing about Team Slovakia's Olympic gear, Bratislava swimming spots, and a Slovak emigration display in Prešov. 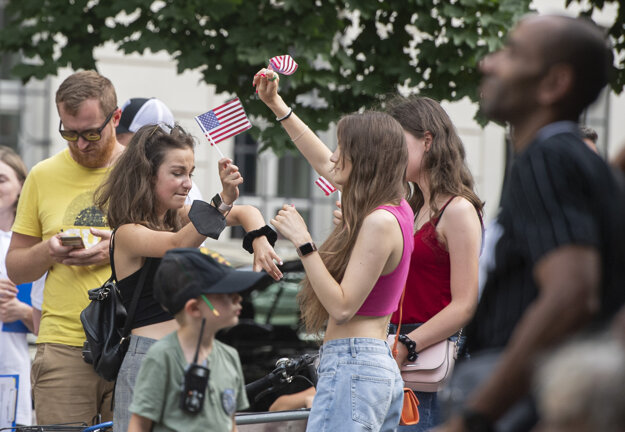 People celebrate US Independence Day during the Music of the Square event in Bratislava on July 13, 2021. (Source: Martin Baumannn/TASR)

Although it is their performance they have focused on, Slovak athletes also grasped the opportunity to have their say in what they will wear at this year’s Summer Olympic Games in Tokyo.

The uniforms, which they will wear at the opening and closing ceremonies, are inspired by the historical region of Čataj. Slovak fashion designer Ema Klein, who is designing this year's gear, decided to feature Čataj ornaments.

“I did not want to slavishly copy the pattern. I wanted to create my own, stylised form that would appropriately represent our country,” said Klein. 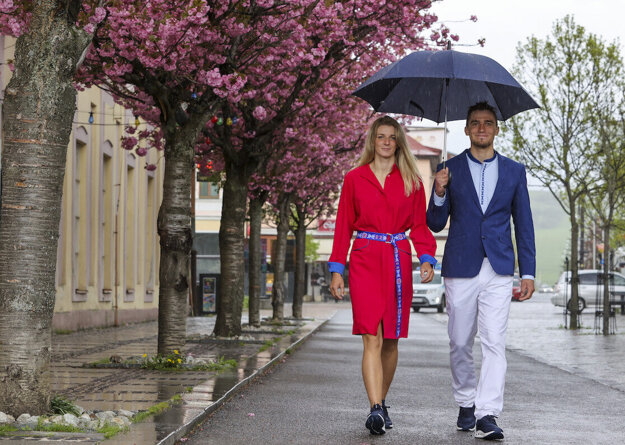 The region located in between Trnava and Senec is, indeed, rich when it comes to ornamental folk embroidery. One of the reasons may be that previous generations of Slovaks believed ornaments protected them against bad luck.

“I tried to return the cross, more geometric embroidery from Čičmany to an organic form,” the designer said. “The Čataj pattern can be easily varied, divided into different fragments and can be connected vertically or horizontally.”

However, it is not just Slovakia that the Olympic gear refers to. A red circle hidden in the details of clothing symbolises a link to Japan. Pictograms of various sports also appear on clothing, which is a reference to the 1964 Tokyo Olympics, where pictograms were used for the first time. 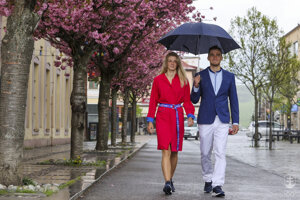 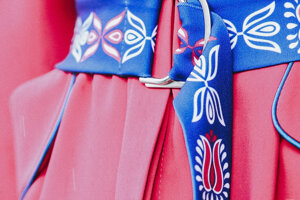 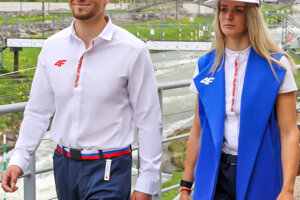 Some tourist attractions would not fit in Bratislava, such as those that fail to properly convey the history of the Slovak nation. Some examples include the Warhol Museum in eastern Slovakia and another could be the Slovak emigration museum – if it is established.

Historian Martin Javor, whose family has an emigration history, runs the Kasigarda online Slovak emigration museum. But his dream is to open a brick-and-mortar museum in eastern Slovakia, from where many Slovaks left for America.

Javor slams all the opinions that suggest Bratislava would be a good location for such a museum.

“When Americans arrive in Slovakia to see the places their predecessors came from and where they lived, they will come to eastern Slovakia, not Bratislava,” he said. 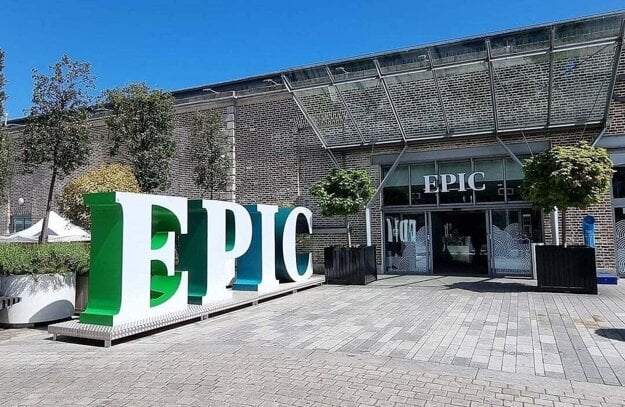 Ireland has had its own €15 million emigration museum, established in Dublin, since 2016. It was voted Europe’s leading tourist attraction several times. Nevertheless, the stories of Slovak and Irish emigrants are different.

Read the full interview with Javor. He speaks about how Slovaks got mistaken for Native Americans as well. In addition, the historian is also running an exhibition on Slovak emigration in a Prešov museum.

Turiec: Photos of a cherry tree in the Turiec region by Jozef Morgoš, taken across all four seasons, have reached an audience outside Slovakia. Explore Turiec with our podcast.

Cave: The Ochtinská Aragonitová Cave in the Rožňava district is inscribed on the world heritage list, and it is an ideal spot to visit on scorching days.

Hiking: The Small Carpathians may not boast the highest peaks, but eleven of them are no shorter than 700m. How many can you name?

Town: Experience the feeling of being caged in public in the central Slovak town of Krupina.

Bathing in the Danube or elsewhere in Bratislava 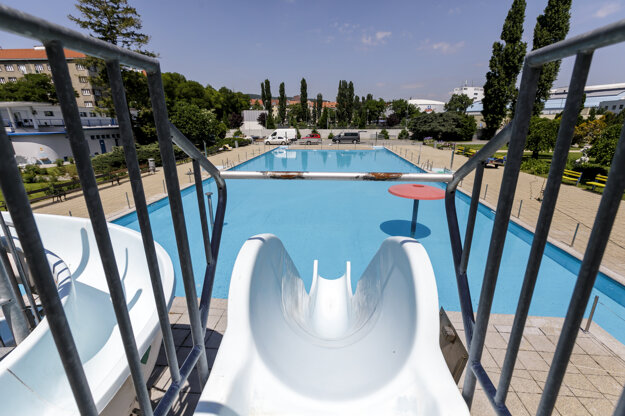 In addition to indoor and outdoor swimming pools, Bratislava is home to several lakes that are suitable for swimming. As it is the summer season, The Slovak Spectator has prepared a complete list of swimming places in the capital.

In the past, Bratislavans used to swim in the Danube right in the city centre, but this is not advised nowadays. Still, people swim in parts of the Danube at their own risk, including by the Petržalka bank near Lafranconi Bridge.

If you live outside Bratislava, you can check out a list of wild swimming spots around Slovakia, which will be updated on July 16.

To increase visibility, many models attempt to catch top athletes 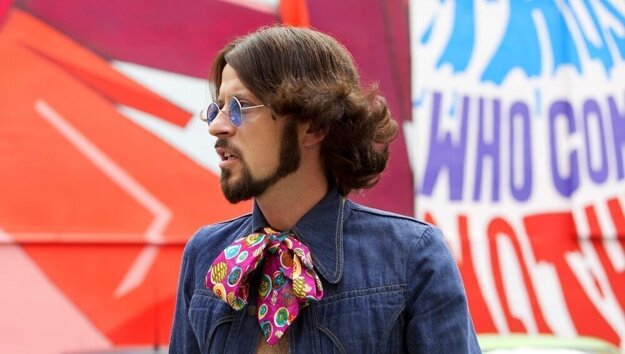 Martin Tiso – yes, his grandfather’s brother was the controversial president of the inter-war Slovak state Jozef Tiso – established himself as a professional photographer more than two decades ago after he arrived in Prague.

In an interview, which you can read in full here, he talks about his experience with models and politicians.

Probably no photos are edited as much as fashion photos. How much time does post-production take up today?

Hours. You cannot submit a photo that has not been retouched. An image in which wrinkles can be seen is not considered good.

Is taking photographs of a model faster?

It depends on the person in front of you. Some need to be guided, others do not. A good model is one you don't have to say anything to, you just take photos.

What is your experience with girls that have won beauty contests?

A beauty contest winner can rarely become a good model. These girls were not created for the modelling world, but for events. They often end up losing their confidence.

That is it for now. Thanks for joining me. Have a lovely weekend. - Peter