The investor claims the project would reduce greenhouse gas emissions. 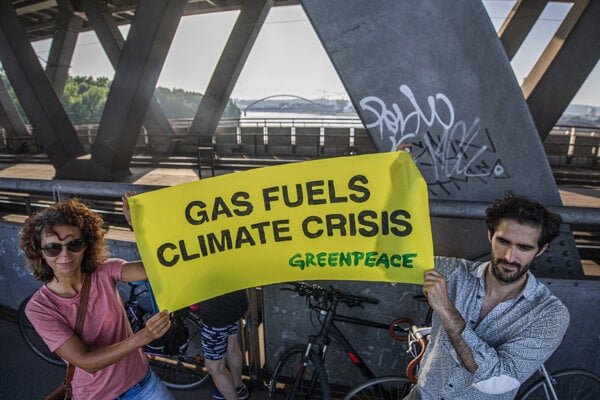 "Gas fuels the climate crisis" was the slogan of a protest of dozens of activists from Greenpeace Slovakia and other organisations against an LNG (liquefied natural gas) terminal on Wednesday, July 14. The Verejné Prístavy company, the operator of public ports, plans to build the €40 million terminal in a public port on the Danube close to the centre of Bratislava.

Activists are rejecting the construction of the terminal as well as any other fossil infrastructure. The investor respects the protest but does not understand it as a few days ago, at the request of Greenpeace, an expert discussion was held on this topic.