Weather extremes will cost us ever more resources that could otherwise be invested elsewhere. 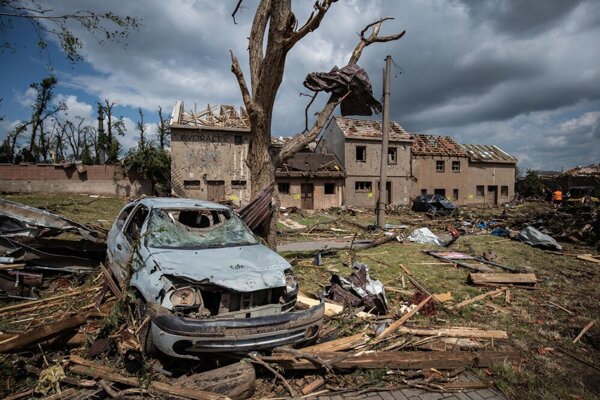 Massive storms affected the Southern Moravia region in the southeast of the Czech Republic. The area along the Slovak border was hit the hardest. (Source: Sme - Jozef Jakubčo)
Font size:A-|A+  Comments disabled

If someone asks you what the climate crisis looks like, this is exactly it.

The June and July heatwave has claimed 645 deaths in Canada and more than 208 deaths in the United States. In both countries, the heat damaged property and left behind melted cables, cracked roads, and destroyed power lines.

The Canadian town of Lytton first saw a temperature record of 49.6 degrees Celsius on June 29. Subsequently, the area around the city was hit by natural fires on June 30. They eventually destroyed 90 percent of the city's buildings.

Extensive forest fires broke out in California in June for the third season in a row. So far, they have not claimed any victims, but as of now, the burning area is three times larger than that of this time last year. The fire season is expected to continue at least until September. In addition, there is a huge drought in the region while water supplies are declining.