The sellers of used cars will try to get rid of flooded vehicles. 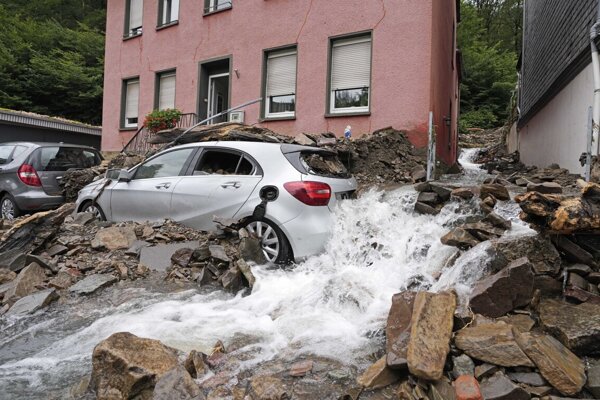 Flooded pre-owned cars from Germany, Belgium and the Netherlands may endanger the Slovak market.

Slovakia and the Czech Republic import a majority of used cars from these countries. After the recent flooding, sellers from these areas may try to get rid of vehicles that were damaged by floods, the TASR newswire reported.

Majority of imports from Germany

“Based on our experience, flooded vehicles start to appear at various sellers or in ads shortly after floods,” said Petr Vaněček, the operation director of AURES Holdings, the chain that operates car bazaars for AAA Auto, as quoted by TASR.