Slovakia will have two flag bearers at the Olympics opening ceremony

They both have already received Olympic medals. 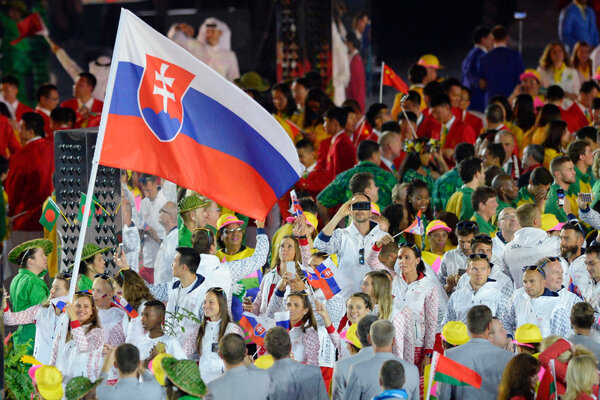 Slovakia's Olympic representation will have two flag bearers at the opening ceremony of the Summer Olympic Games in Tokyo starting on July 23: shooter Zuzana Rehák Štefečeková and water slalom racer Matej Beňuš, according to the Slovak Olympic and Sport Committee's website.

The International Olympic Committee changed the common practice of having one flag bearer. Now, each country can have two: a man and a woman, the Sportnet website reported.

Olympic.sk reported that Beňuš, who will compete in the qualifying round for the C1 category on July 25, was hesitant about participating in the opening ceremony for a while, but in the end, he decided to bear the Slovak flag.

Some other medallists already in Tokyo

Rehák Štefečeková, who will compete three days later, accepted the offer without hesitation. She did not compete in the last Olympic Games even though she qualified due to maternity duties. She arrived in Tokyo as a mom of two.

Of the other four Olympic medallists on the Tokyo team, only shooter Danka Barteková is currently in the Japanese capital. Bronze in the Skeete at the 2012 Olympics, she carried the Slovak flag at the grand opening of the previous games in Rio de Janeiro.

Speed canoeists Erik Vlček (silver from 2008 Beijing games and 2016 Rio games, bronze from 2004 Athens games) and Denis Myšák (silver from Rio) are already in Japan, but they are training in a camp in the city of Katori about 100 km from Tokyo.

Matej Tóth, who won gold at the 2016 Rio games in the 50 km walk, will come to Japan later. His race will take place in the Japanese city of Sapporo shortly before the end of the games.