Valley of prayers and miracles 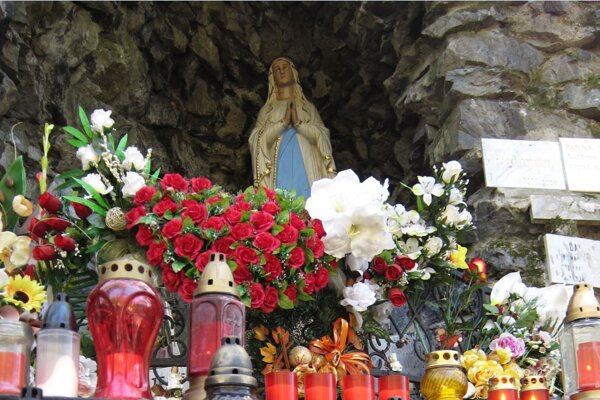 There are many legends surrounding the birth of Marianka’s pilgrimage site, which is Slovakia’s oldest and one of the oldest pilgrimage complexes in central Europe. Perhaps the most prominent tale is that of a local bandit, whose deformed children were healed from bathing in the site’s sacred stream. After their cure, they stumbled across the statue of the Virgin Mary, whose statue and shrine remain prominent features of the pilgrimage site today.

While belief in this tale would certainly require a fertile imagination, we do know that the site’s founding as a religious complex goes back to the year 1377, when the gothic church’s foundations were first laid, although the exact date of the oldest building’s construction is still unknown. The site, which features the former Pauline monastery, is now a pilgrimage complex hosting meetings, seminars and spiritual retreats. 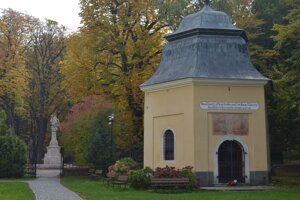 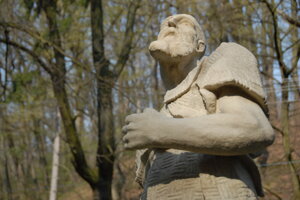 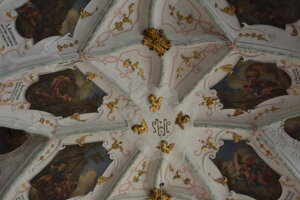 The valley’s buildings and statues have remained true to their centuries-old heritage, with little stylistic changes to the complex’s external design. Seated deep in Marian Valley, many of the site’s historic statues and chapels are hidden amongst the foliage inviting a leisurely stroll around the grounds. Standing atop the sacred stream in the woods, the Chapel of the Holy Well remains one of Marianka’s most charming relics dating back to 1696. Its blue dome and pastel colourings match the atmosphere of the quiet valley, greatly contrasting with the interior of the church, more than 50 metres across, which boasts more ornate decoration.

The exterior of the Church of the Nativity of the Virgin Mary conceals the splendour of its inside. The church’s gothic style is evident upon entering the doors, with baroque decorations including marbled columns, gilded cherub wings and stained-glass windows being just some of the many adornments of the church. Busily decorated from the floor upwards, eyes of visitors naturally glance towards the ceiling and for good reason. Each ceiling panel is devoted to a mural of a saint, each of which decoratively depicts a different scene, reminiscent of Italian frescoes. However, the real pièce de résistance is the shrine to the Virgin Mary found at the front of the church with its miniature gothic spires.