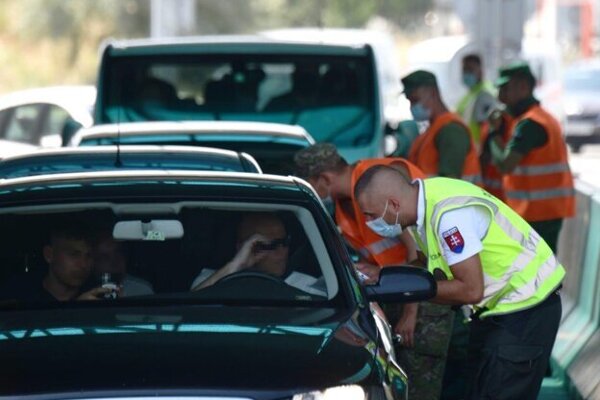 The Constitutional Court suspended the effectiveness of the currently applied border rules, which gives certain advantages to the partly vaccinated.

This is the second decision the Constitutional Court issued in connection with the Public Health Authority (ÚVZ) ordinance, which changed the rules for travelling across borders in early July.

Under the currently valid ordinance, the vaccinated do not need to self-isolate after they enter the country, while the unvaccinated need to go into self-isolation for at least five days before they can take the PCR test. Once they receive a negative result, they are free to quit their self-isolation.

Who is considered fully vaccinated in Slovakia?

At the same time, people who received the first shot of a two-dose vaccine before July 9 are obliged to self-isolate, but can take the test on the very first day after their arrival and end self-isolation if the test is negative. Those who received the vaccine shot after July 9 are treated as if they are unvaccinated. This rule was introduced as temporary, expiring on August 2 at 6:00.

The court suspended the rules for the partly vaccinated with its decision of July 27. The court does not object to the self-isolation mandate for the unvaccinated and the exemption thereof for the fully vaccinated.

See more details about the rules at Slovak borders here.

The court ruling does not automatically change the rules at the borders, authorities awaiting the written justification of the decision.

One dose counts as no dose

Just like the previous decision of the court, the one from July 27 concerns rules for people who have received one dose of a two-dose Covid-19 vaccine and are thus not fully immunised.

With the July 13 suspension, the court referred to scientific studies, showing that a person does not have enough antibodies right after receiving the first vaccine dose to protect him/her from infection or spreading the virus.

In its decision from a July 27 closed session, the Constitutional Court suspended the effectiveness of a paragraph in the ordinance that gives advantages to people vaccinated with the first Covid-vaccine dose before July 9.