Only three survivors. An exhibition remembers one of Czechoslovakia's most tragic plane crashes

The organiser of the exhibition hopes it will help stop the conspiracy theories about the 1976 plane crash on Zlaté Piesky in Bratislava. 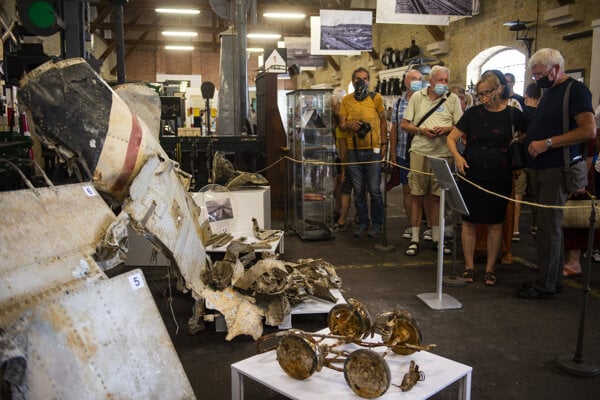 The remains of the plane exhibited in the museum in Bratislava. (Source: TASR)
Font size:A-|A+187

An exhibition presenting one of the biggest and most tragic airplane crashes in the history of Czechoslovakia was opened on July 27 with a one-minute silence.

Held in the Slovak Technical Museum – Museum of Transport in Bratislava, it remembers the July 28, 1976 crash of the Ilyushin Il-18 aircraft into Zlaté Piesky lake. Of the 79 people on board, 76 were killed.

The Plane Crash on Zlaté Piesky in Bratislava exhibition

Among the exhibits are parts of the plane that, according to some testimonies, should have been destroyed long ago but were retrieved from the lake last year by a group of divers and aviation enthusiasts.

“They gradually pulled the plane remains out of the water,” said David Púchovský, the organiser of the exhibition and the author of a book about the plane crash, as quoted by the TASR newswire. “By exhibiting them, we wanted to remember this tragedy and send a message to the bereaved and rescuers that we’ll never forget them.”

The exhibition is held under the auspices of the Czech Ambassador to Slovakia Tomáš Tuhý and will be held until May 31, 2022. 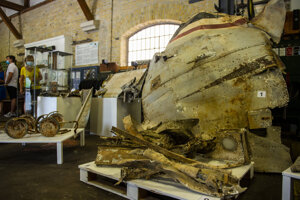 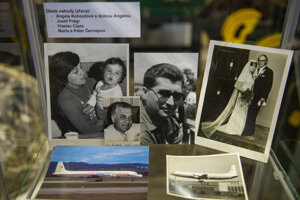 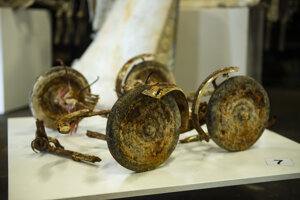 The exhibition remembering the plane crash on Zlaté Piesky (5 photos)

The exhibition presents the personal stories of the victims, rescuers and three survivors. Of them, only one is still alive: French citizen Gérard Menárd.

The exhibition is composed mostly of the plane's remains. This includes the wing flaps, an oxygen mask from the cockpit, the cockpit’s window frame, a toilet, the plane's radar, and the body of a pram that probably belonged to the youngest passenger, a one-year-old girl, Púchovský said. 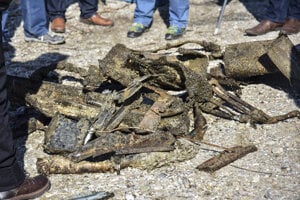 Apart from the plane remains, visitors can see video footage from 1976 when they were first pulled out of water. They can learn more about flying in Czechoslovakia, the plane, the day of the tragedy, and the real reasons behind the crash. The exhibit also debunks popular conspiracy theories about the crash that have been spread for decades.

“The communist regime took care of stopping any stories and publicity about the crash, which raised many questions and speculations,” Púchovský said, as quoted by TASR. “Unfortunately, this continued after the regime was toppled, though many documents have been made public.”

He hopes the exhibition will help stop the speculations. 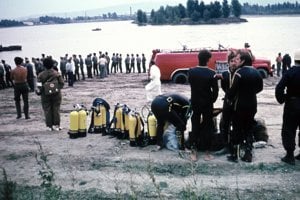 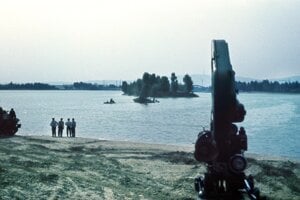 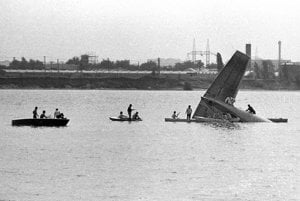 On July 28, 1976, Czechoslovak Airlines Flight 001, flying from Prague to Bratislava, crashed into the lake after a failed landing attempt at the nearby airport in Ivanka Pri Dunaji.

Unfortunately, the plane struck the deep part of the lake and most passengers actually drowned. Of the 79 passengers and staff on board, only three survived.

The people who were at the beach at the time of the crash and those who had arrived from the nearby airport took boats and tore holes into the rear part of the plane that was jutting up from the water to help people escape, but one person who was rescued died in the hospital due to injuries.

The state put the crash as well as the investigation information under an embargo and the Zlaté Piesky resort remained closed for some years.