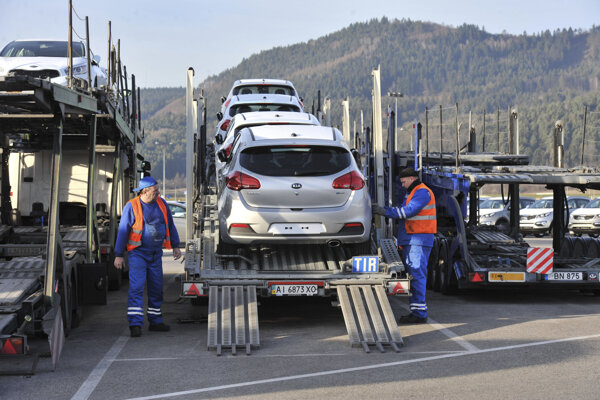 The departure of the United Kingdom from the European Union has affected British-Slovak economic relations negatively. Mutual trade keeps shrinking and ordinary people feel the effects when shopping online, which has become increasingly complicated.

But the impacts of Brexit are mingling with those of the Covid-19 pandemic. The transition period, during which travelling to and from the EU, freedom of movement and UK-EU trade were not burdened with any extra charges or checks, ended in December 2020.

Departure of Great Britain from the EU After the EU referendum on June 23, 2016, in which 51.9 percent of the votes cast were in favour of leaving the EU, the United Kingdom left the European Union on February 1, 2020. Even with the EU-UK Trade and Cooperation Agreement in place, big changes were expected at the end of the transition period on January 1, 2021. On that date, the UK left the EU Single Market and Customs Union and withdrew from all EU policies and international agreements. This put an end to the free movement of persons, goods, services and capital with the EU. The EU and the UK now form two separate markets, i.e. two distinct regulatory and legal spaces. This recreates barriers to trade in goods and services, cross-border mobility and exchanges.

“This is why it is very difficult to look at the economic impacts of Brexit, as this time is significantly affected by the ongoing coronavirus pandemic, and it is therefore difficult to say which movements in the economy were caused by the pressure of one event or another,” Matej Horňák, an analyst with the biggest Slovak bank Slovenská Sporiteľňa, told The Slovak Spectator. “Whether, in the end, the UK and the EU have suffered economically from this departure will be seen in a few years at the earliest. However, there is no doubt that the EU has lost part of its diplomatic power, as it has lost a powerful member on the international stage.”

Hajni Hayler, executive director of the British Chamber of Commerce in Slovakia, has highlighted the effect the EU-UK Trade and Cooperation Agreement will have on future commercial relations between the UK and the EU.

“The most important point of the agreement is that it maintains a duty-free and an unlimited exchange of goods between the UK and the EU,” Hayler told The Slovak Spectator, adding that customs procedures have changed and costs have increased, too.

Trade between the UK and Slovakia started decreasing even before Brexit. The UK contributed 3.6 percent of Slovakia’s total foreign trade in 2018 and the UK was Slovakia’s ninth-most important trade partner. In 2020, this share shrank to 3 percent and the UK fell to the 10th position. The downward trend continued in the first quarter of 2021 when the share further decreased to 2.8 percent and the UK slumped to 11th place.

The comparison between mutual trade and Slovakia’s total foreign trade proves the downward trend, too.