The trdelník capital of Slovakia has a scrumptious history

As a free royal town, Skalica had formidable fortifications, parts of which remain. 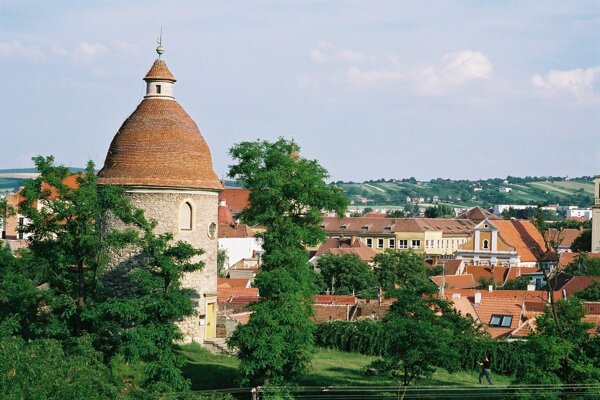 Skalica is notable for being one of the oldest towns in Slovakia. It received town privileges in 1372 but was inhabited long before.

As a free royal town, Skalica had formidable fortifications, parts of which remain.

It was an important centre of the region because of the Via Bohemica road connecting Prague with Budapest that passed nearby. The town walls recall Hussite wars in the 15th century, an era when many influential families passed through.

It was also the capital of Slovakia for a brief time in 1918. Now, Skalica is known not only for its historical beauties or delicacies like trdelník and Skalický Rubín wine, but also for its factories (Grafobal, Didaktik or Schaeffler) and hockey club HK36 Skalica.

Church of St Michael the Archangel

Námestie slobody (Freedom Square in English) has a triangular shape, which is rare in Slovakia. In the centre, there is a milepost showing distances from Skalica to locations all around the world and along with the surrounding streets, it forms a historical zone.

The dominant feature of the square is the Church of St Michael the Archangel. It has undergone numerous style changes, but the basic design is gothic.

Construction began in the second half of the 14th century. It was originally built as a one-nave church but was later altered into a three-nave basilica. The church has been plagued by fires through the years. The most serious occurred in 1639, when the church (along with nearly 300 houses) was damaged.

A monumental Renaissance tower was later added and climbing the 120 wooden steps leads to an extraordinary view from the balcony. Inside, the altar is adorned with decorations from the 17th and 18th centuries. Just a few steps from the church, hidden behind a grove of willows, is the rotunda of St Anne originally built at the end of the 14th century. 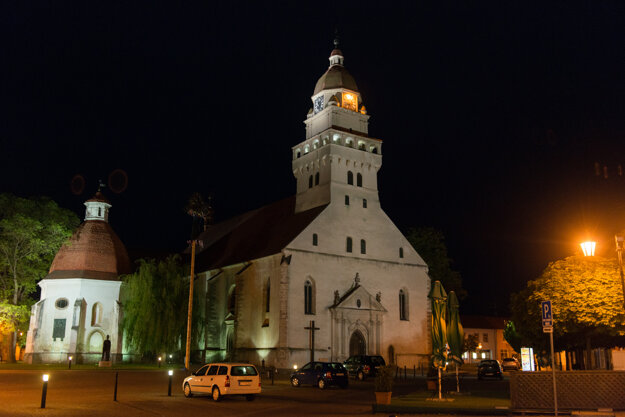 Church of St Michael with the rotunda of St Anne (Source: Jana Liptáková)

House of Culture and Záhorie Museum

The House of Culture is one of the architectural beauties of Skalica. Built in the early 20th century, it stands on the central square near the Church of St Michael the Archangel.

This picture-postcard site was designed by prominent Slovak architect Dušan Jurkovič in the art nouveau style and opened in 1905. Mosaics by Czech painter Mikoláš Aleš symbolising Czech and Slovak solidarity decorate the exterior façade of the building.

Jurkovič spent part of his life here, and his two sisters and father are buried here. He designed their gravestones and also the tower of Skalica’s Evangelical church. In 1905, when the House of Culture opened, it was one of the intellectual centres of the national-liberation fight with Austro-Hungarian rulers. Today, it is a venue for cultural events and a museum. 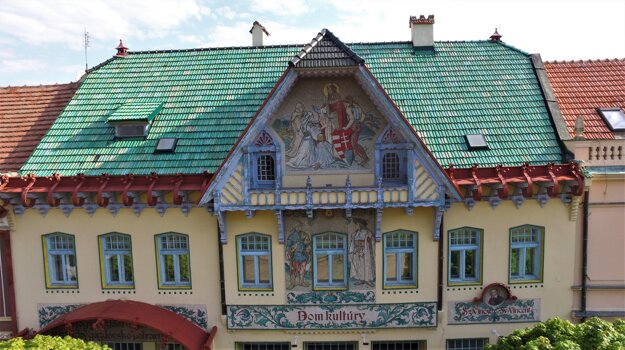 House of Culture (Source: Courtesy of Spectacular Slovakia)
Sorry, you have just exceeded the allowed number of devices
This subscription grants access to the locked content of Spectator.sk and SME.sk for only one person through a maximum of three different devices or browsers.
To continue reading the article on this device, please update the list of devices in the profile settings.
Administer devices
You can read everything about device settings here.