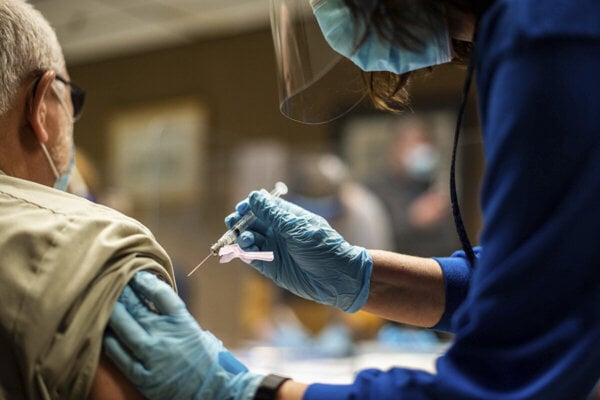 Welcome back to the full version of your weekly overview of news from Slovakia. The authorities say the third wave has arrived in Slovakia, but the vaccination rate remains low. A group of anti-vaccination protesters caused disruption in the capital on Thursday. Meanwhile further east, Slovak athletes have won three medals at the Olympics and two further sites in Slovakia have been entered on the UNESCO World Heritage List.

Anti-vax hooligans do not represent everyone who’s vaccine-hesitant

Hundreds of protesters gathered in front of the Presidential Palace in Bratislava on Thursday with the apparent intention of continuing their loud opposition to anything and everything vaccination- and Covid-related. Their protest was unannounced, and over the course of the day it descended into chaos, with groups of protesters managing to paralyse some of the major communication routes in downtown Bratislava.

Criticism of the police was quick to follow, and, admittedly, neither the police nor the interior minister helped the situation very much by distracting from the potentially valid arguments for their lack of intervention (including the desire to avoid any escalation in violence) with rhetorical own-goals, for instance suggesting that they could not tell protesters from tourists.