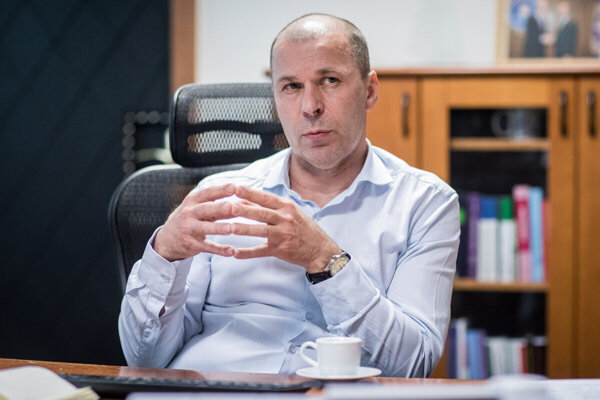 A number of coalition MPs are dissatisfied with the police's conduct during the recent protests against vaccination in the capital when the protesters stalled the traffic in downtown Bratislava and attacked journalists and passersby.

This, together with the ongoing tensions among the law enforcement bodies, has eroded the trust of part of the coalition in the Police Corps President Peter Kovařík. Za Ľudí MP Juraj Šeliga asked the head of the defence and security committee of the parliament, Juraj Krúpa of OĽaNO, to summon Kovařík for questioning in front of the committee. The committee may recommend that he be dismissed from the top police post.

Some coalition MPs are not satisfied with the way Kovařík defended the inactivity of the police by saying that there were no legal reasons to disperse the crowd and that people need to get used to protests disturbing their comfort.

"Law-abiding citizens definitely do not want to get used to what went down in Bratislava last week," Šeliga said.

Krúpa said he would wait for the police to offer an explanation of their conduct on July 29 before summoning Kovařík.