Royal care on the island of peace

There are a number of hotels, spa houses, sports fields, a golf course and a thermal water park on the island. 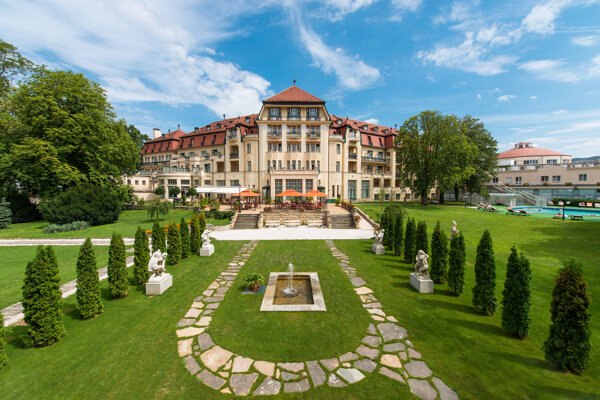 Spa Piešťany is notable for its gypsum-sulphuric thermal water and curative sulphur mud. It focuses on treating locomotive organs and neurological diseases.

Most of the spa facilities are situated on the 60-hectare Spa Island in the eastern part of town.

At the beginning of the 19th century, the first stone spa houses in classicist style were built, together with a spa park. The buildings were later rebuilt and are now known as Napoleon’s Spa.

The 19th century was also characteristic for development of the spa treatment, led by doctor Franz Ernest Scherer, the tenant of the spa and founder of the Military Spa Institute.

Between 1889 and 1940 the family of Alexander Winter rented the spa.