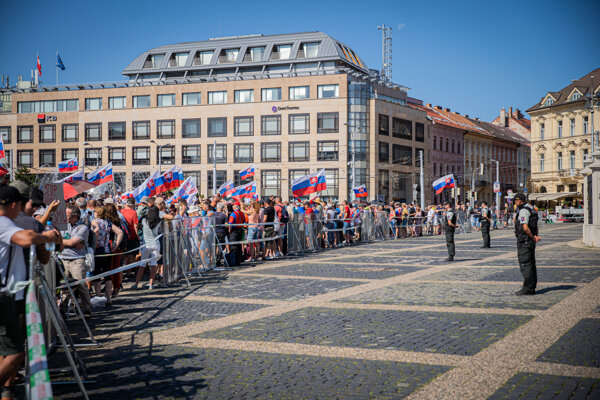 Two demonstrations are expected to take place in Bratislava on Thursday, August 5.

Participants will protest against Covid vaccination, testing, pandemic restrictions and the actions of the representatives of both the government and the parliament, as well as President Zuzana Čaputová.

The gatherings are planned to take place in front of the Government’s Office and the Presidential Palace. Protesters also plan to block the roads, just like they did on July 29.

For now, two protests are said to take place in the capital on August 5: one officially announced, the other unannounced. People are being encouraged to attend them through social media, the regional police in Bratislava reported.

What to prepare for

After the recent protests against the pandemic measures, one held in front of the parliament and the other in front of the Presidential Palace, the police faced criticism for their lack of action. During the first protest, the crowd made it directly to the main entrance of the parliament, even though the rules in place state that protesters must keep a certain distance from the building. During the other protest, they blocked the streets for several hours before the police intervened. 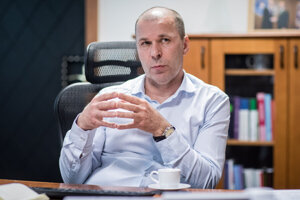 People do not want to get used to what happened in Bratislava last week, says Šeliga Read more

The police recommended that drivers avoid the protest spots and respect the instructions of police officers. People who do not plan to attend the protests are asked to avoid the places where gatherings will be held.

They stressed that those planning to attend the protests must abide by the law.

“If there is a violation of public order or other crimes are committed, the police will intervene,” the police wrote on Facebook.

The Old Town borough will close Grassalkovich Garden, which is part of the Presidential Palace complex, on both Thursday (August 5) and Friday (August 6), the TASR newswire reported.

The Dopravný Podnik Bratislava (DPB) company, which operates public transport in the capital, has announced that several of its lines will be rerouted. Changes will affect at least 11 buses and trolleybuses.