Lottery for vaccinated people is not a good idea, most people in Slovakia believe

New data from the “How are You, Slovakia?” survey suggest that the lottery may push thousands who are now hesitant to take a Covid shot. 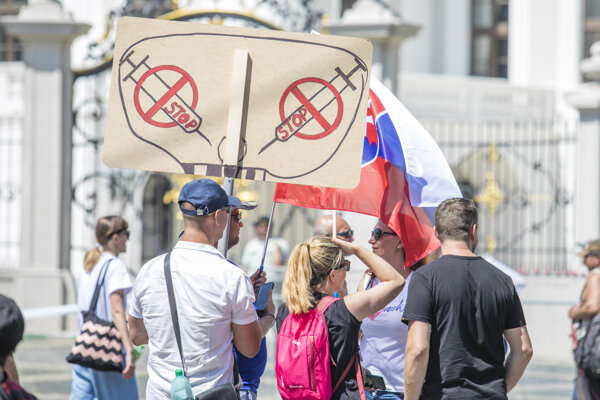 Only 6.8 percent of the respondents who aren’t planning to take the vaccine stated that the possibility of winning in the lottery would change their minds. (Source: SITA)
Font size:A-|A+

Most people in Slovakia do not approve of the lottery with prizes for those vaccinated against Covid-19, launched earlier this month by the Finance Ministry.

While 64.1 percent of the respondents in the “How are You, Slovakia?” survey don’t approve of the lottery, 24.3 percent consider it a good idea. 11.6 percent stated that they have no opinion.

The survey was conducted between July 15 and 20 for the Slovak Academy of Sciences (SAV) along with the MNFORCE and Seesame agencies. The details of the lottery were revealed afterwards, on August 1, 2021. 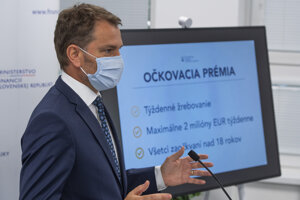 How to registerRegistration for vaccination lottery is open Read more

The lottery has the most supporters among those who have not been vaccinated but intend to do so (57.9 percent said they approved).

“The lottery and referral programme are not very popular among the general population; it is the people still planning to take the vaccine who appreciate these ideas. It may be a key decision factor for people who until now have delayed their vaccination,” explained Robert Klobucký of the Sociological Institute at SAV.

Meanwhile, only 6.8 percent of the respondents who aren’t planning to take the vaccine stated that the possibility of winning in the lottery would change their minds.

The Denník E daily calculated that given the adult population of Slovakia, the 48 percent who are hesitant or outright reject the vaccine consist of some 2.4 million people. If nearly 7 percent say that they may get the jab because of the lottery, we are talking about approximately 146,000 people.

The Value for Money unit running under the Finance Ministry recently estimated that the state investment into the lottery will pay off, if at least 6,000 people get their jabs because of the scheme. Analysts, however, admitted that there is not enough evidence from abroad to determine the effectiveness of a lottery in supporting vaccination uptake.

Only 22.4 percent of respondents gave an affirmative reply to the following prompt: “The government has decided that it will reward those who convince others to get vaccinated. Do you approve of this idea?”

As many as 69.4 percent of respondents disapproved of the proposal, and 8.2 percent didn’t present a stance.

Slovakia is among the least-vaccinated EU countries, ranking fifth from the bottom. While the EU average uptake of the first dose exceeded 70 percent in the adult population (over 18), Slovakia has yet to reach half of its adult population in order to at least be partly vaccinated. If teenagers (over 12) are included, the vaccination rate in Slovakia consists of 41 percent of people with at least one vaccine dose. The lottery and the referral programme, designed by the Finance Ministry, are meant to speed up the vaccination rate and motivate more people to get the jabs.