It damaged several houses, firefighters arrived on the scene. 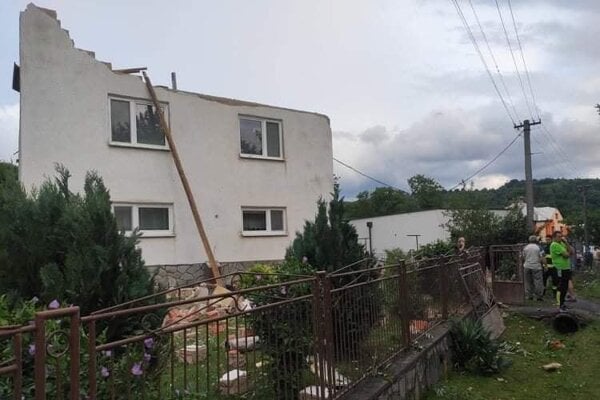 The village of Petkovce was hit by a tornado. (Source: Facebook of Meteo Východ)
Font size:A-|A+70

The village of Petkovce in eastern Slovakia was hit by a tornado on Thursday evening, damaging several houses.

Firefighters arrived on the scene to address the damages, the TASR newswire reported.

Four houses were left without roofs and three others were damaged. Moreover, several trees had fallen, the power line was torn down, and the road was impassable.

No injuries reported yet

People could see the vortex spinning and lifting everything up. Some parts of the roofs blew up to 100 metres away.

The tornado hit only one part of the village. Though it lasted for about a minute only, it caused significant damage, said Petkovce Mayor Pavol Hybala, as quoted by TASR. He added he does not know of any injuries.