Dilapidated Habermayer Palace in Bratislava’s centre getting another chance

A development company brushed off project for reconstruction. 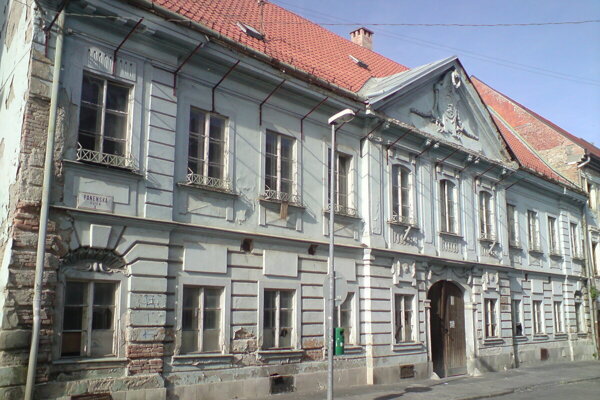 Despite their undisputed historical value, many palaces and manor houses across Slovakia are neglected and dilapidated. One is Habermayer Palace in the centre of Bratislava, even though its fate might be different. Its owner has come up with a reconstruction project.

The late baroque building on Panenská Street was constructed sometime between 1780 and 1800. It was named after the Habermayer family, the palace's first owner. These were well-respected merchants who also sold meat in Vienna, supported the church and education.

Another well-known resident of the edifice was the Hungarian historian Kálmán Thaly, who lived here at the turn of the 19th and 20th centuries.

In 1963, Habermayer Palace was declared a national cultural monument. Nevertheless, its condition deteriorated every year.

The first plan to reconstruct the palace belonged to the company Urbia Development in 2006. Until 2007 the company wanted to rebuild the palace as a hotel, along with the neighbouring building, both protected national monuments. However, Urbia Development did not complete the work for reasons unknown. The Sme daily noted that Urbia Development received a €50,000 fine for extending an extra building more than its construction permit allowed in 2006.

In the following years, silence surrounded the reconstruction of the palace. Only the Bratislava Rožky civic association, which promotes Bratislava’s history, and the Čierne Diery activist platform, pointed out its bad condition in 2015.

In 2019, Urbia Development changed hands. Its new owner, Amalca Development, has now announced that it will restart the palace reconstruction.

As follows from the recent binding opinion issued by the Bratislava city council, Amalca Development submitted a restoration plan in 2012. Later it reworked the original plans and submitted them for assessment this March. Compared to the original ones, they are reduced.

“The proposed solution envisages the use of the building for administrative purposes with the completion of a common underground garage, two courtyard wings of the Panenská 17 building, the use of the attic, the modification of the courtyard and the addition of additional services and facilities,” the documents read.

Not only will Habermayer Palace be reconstructed, but also the neighbouring burgher house. A two-wing extension is also planned.

Issuing the binding opinion means that the Bratislava city council has greenlighted the project. Now the investor can apply to local authorities for other permits to launch the reconstruction. The date for the beginning of construction work is still questionable.