The prototype will be presented at the Expo in Dubai. 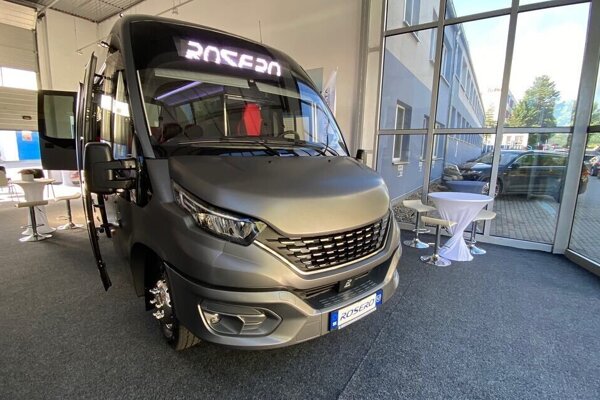 The Rošero P company from Spišská Nová Ves, eastern Slovakia, has presented the first Slovak prototype hydrogen bus, manufactured in cooperation with the Faculty of Mechanical Engineering of the Technical University of Košice (TUKE). The vehicle will be presented at the Expo in Dubai.

“I'm proud of the great Slovak scientists and designers,” said Economy Minister Richard Sulík during the presentation of the prototype in Spišská Nová Ves on August 3. “Dreams come true and we are again one major step closer to the goal.”

The bus uses low-pressure metal-hydride storage tanks to store hydrogen as the main source of energy to power the bus.

“The metal-hydride tank technology works with metal alloys, which represent the uniqueness of the solution,” said Dalibor Dravecký, executive director of Rošero P, as cited by the TASR newswire.

Hydrogen is injected into the tank at a pressure of one to three megapascals (MPa). Because hydrogen is bound directly in the material structure, it does not contribute to the pressure increase in the tank. The maximum working pressure is thus three MPa, Dravecký explained.

Current vehicles store hydrogen at pressures ranging from 35 MPa to 70 MPa. Such pressure poses the risk of explosion if the storage container is punctured. The technology used in the prototype prevents this risk.

The company gathered plenty of knowledge during the prototype's development. They now want to use it in the serial production of the bus.