The display held in Nová Baňa was inspired by an old travel trunk. 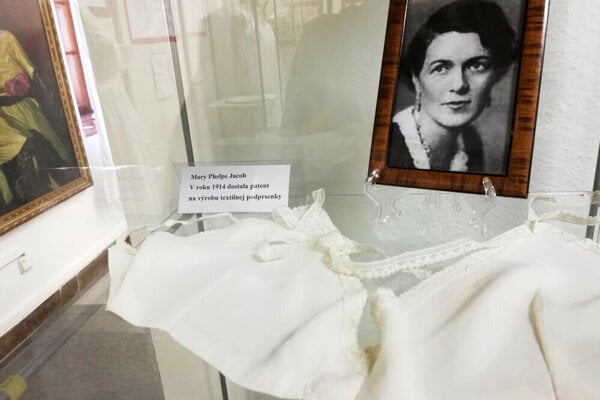 Nováková's replica of a textile bra by Mary Phelps Jacob. In 1914, she became the first woman to receive a patent for the production of this textile bra. (Source: Jana Horniaková)
Font size:A-|A+

With her retirement approaching, she wanted to put together one more thing – her last exhibition for visitors of the Levice museum where she has worked for several decades.

Historian Margaréta Nováková thought about the topic of her exhibition carefully. As soon as an old travel trunk she had found in her attic years ago came to mind, the topic was decided. The piece of luggage had belonged to the mother of her father-in-law, and it was packed with unseen items of old underwear.

“They were original pieces, the embroidery of which was made by skilled lacemakers from as far as Komárno,” she told the MY Žiar news website.

The mother wore that underwear between the late 19th century and the first third of the 20th century. For example, the retired historian found “buďogi,” which is a dialect name for underpants, nightgowns, and negligees. 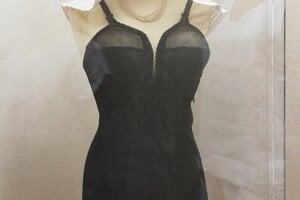 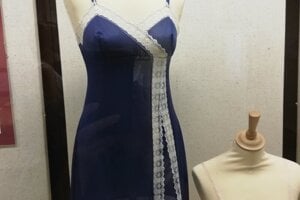 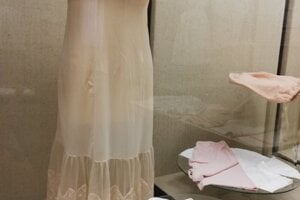 Nováková’s “What Hides Under the Clothes” exhibition, housed in the Nová Baňa museum until September before it travels on to Galanta, also includes other unique items, such as a men’s navy thong, bras, and period panties.