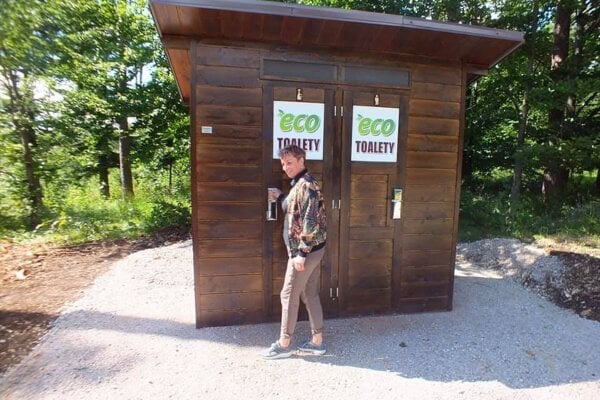 While the idea of building toilets in Slovenský raj National Park back in the 1870s, when first tourists began to visit the area, was not on people’s minds, the national park now takes pride in two new composting toilets.

The facilities have been installed in the Suchá Belá gorge in the locality of Žľabky, where several hiking trails come together.

The village of Hrabušice is located in the Spiš region, which a part of the national park also covers.

Dew worms in the toilet

Two vermicomposting toilets, one for ladies, the other for gentlemen, are placed in a wooden hut.

“They work on the principle of latrines,” said Skokanová.

There is no water inside the toilets, a two-metre-long belt stretching from them, which slides back into a plastic container in which there are dew worms. The worms feed on humus.

“When the container is full, we have to remove the humus,” the mayor added. 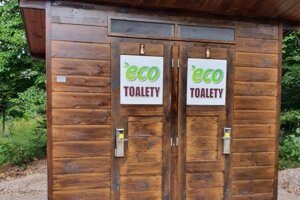 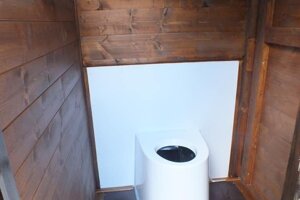 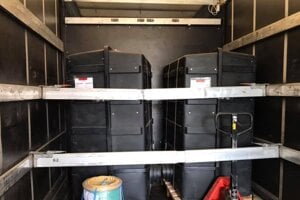 Even while some people may find it strange using an outhouse that looks like a 15th century facility, Skokanová admits that there is something interesting about these toilets.

Slovenský raj (Slovak Paradise) is considered to be one of the most beautiful places in Slovakia for its gorges, waterfalls and caves, as well as canyons.

Organised tourism in Slovenský raj began after 1873, when the first tourist organisation, the Hungarian Carpathian Association, was established in the Spiš town of Kežmarok.

Different locations of the paradise were made accessible to tourists over the next one hundred years. One of the largest Slovak caves, Stratenská jaskyňa, which was discovered in 1972, has not been opened to the public to date. 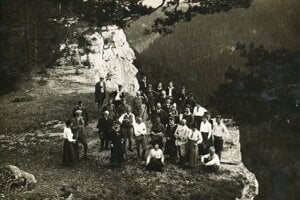 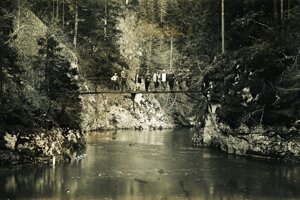 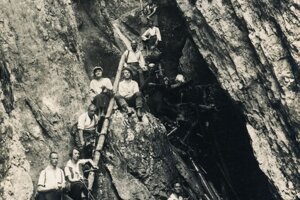 Tourists in Slovenský raj in the bygone days (7 photos)

In 1936, Edo Nemček published the first tourist guide on Slovenský raj, which was declared a national park 52 years later.