The second pandemic wave postponed the treatment of many patients

Some treatments had to be suspended or even cancelled by a doctor or a hospital. 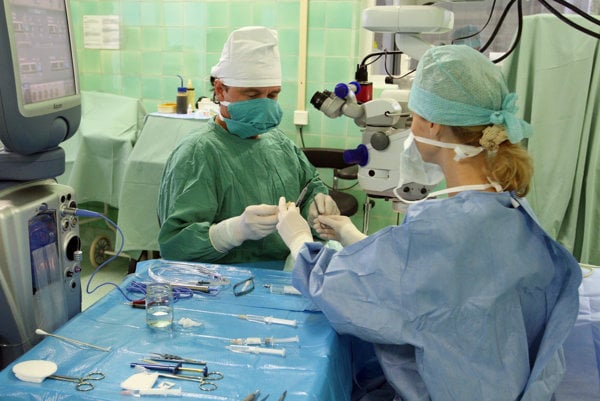 Nearly one third of patients decided to skip, suspend or end their planned treatment, like rehabilitation, due to the coronavirus pandemic. In more than one third of cases, a planned medical procedure, surgery or examination was cancelled by a doctor or a hospital.

This stems from a survey carried out by the Association for the Protection of Patients’ Rights (AOPP).

The risk of health deterioration

Due to the worsening situation during the second Covid pandemic wave, patients visited their doctors less frequently.

As many as 66.7 percent of patients said they did not visit their general practitioner very often, while 59.3 percent said they reduced visits to specialists, as reported by the TASR newswire.

AOPP considers the delay of treatment or examinations a major problem.

“An early discovery of disease as well as the early start of treatment not only increases the chance of recovery or at least improve the quality of life, but also saves money in the system as the patient’s condition doesn’t deteriorate,” said Dominik Tomek of AOPP, as quoted by TASR. “The money saved can then be used to treat other patients.”

The treatment in the later stages of disease is more costly than if the disease is discovered early enough, he added.

At the same time, 46.2 percent of respondents said that they did not even contact their patients due to the second pandemic wave, even if they did it under normal circumstances.

The survey was carried out for AOPP by the AKO pollster at the turn of June and July. 2,595 respondents participated.

The association said in early April that there was a significant drop in medical procedures. The number of preventive examinations at GPs fell by nearly one third in the last quarter of 2020 compared to the same period in 2019. Diagnostic examinations fell by more than 500,000, and surgeries by 43,000.

Even after the situation stabilised, the number of medical procedures postponed due to the pandemic are lagging behind.

“We’re afraid that not only will the number of patients awaiting examinations and procedures not decrease in the coming weeks, but their number will start increasing given the start of the third pandemic wave,” Tomek added, as quoted by TASR.