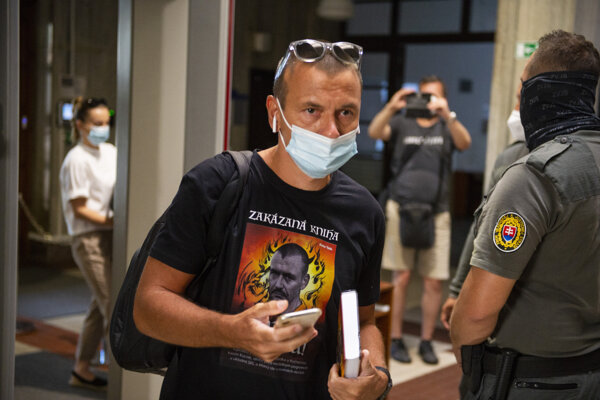 Marian Kočner, who has been sentenced to 19 years for forging promissory notes and still faces charges in the case of the murder of journalist Ján Kuciak and Martina Kušnírová, was escorted to the courtroom on August 10 again.

This time, he stands trial for allegedly sending secret instructions from prison.

Kočner was arrested in June 2018 and several months later the police took hold of 20 pieces of paper, which Kočner allegedly used to instruct other people on how to proceed in his other cases. These secret instructions were handed to the police by Kočner’s former friend, ex-journalist turned spy Peter Tóth, in the autumn of 2018, the Sme daily reported. 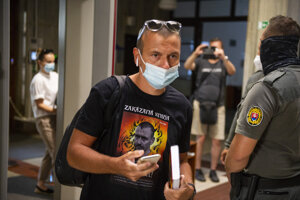 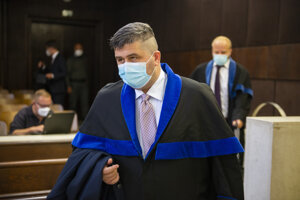 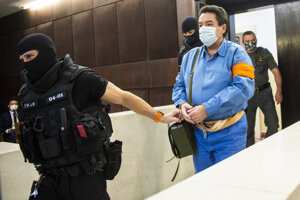 Kočner is now charged with trying to persuade Roman Osuský, former member of the Slovak Information Service (SIS) intelligence agency, to testify in Kočner’s favour in the case of the forged promissory notes for private broadcaster TV Markíza. Osuský was allegedly instructed to say that the promissory notes were authentic.

The case wrapped up in early 2021, with the Supreme Court finding Kočner guilty and sentencing him to 19 years in prison.

Kočner allegedly wanted to create a fake SIS record as well, proving the existence of the promissory notes. This is why the crime was reclassified from obstructing justice to perjury.

Kočner has denied all guilt and said that he did not incite witnesses from SIS to false statements. He allegedly wanted to know about any potential mention of the promissory notes in their records.

At the beginning of the trial, both Kočner and the prosecutor refused a plea bargain, the Denník N daily reported.