Investigators have been followed in the past. 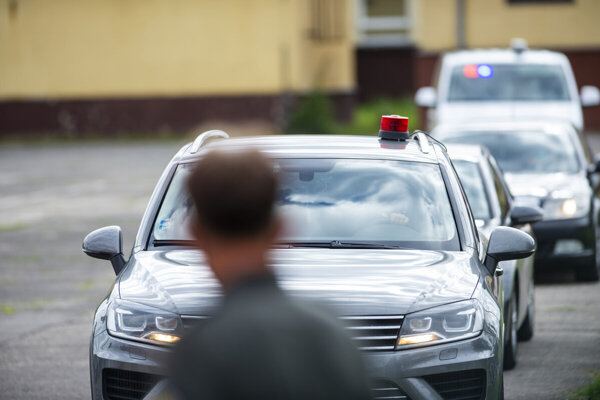 The conflict between the National Criminal Agency (NAKA) and the so-called anti-team of the inspectorate of the Interior Ministry is escalating. While the former head of anti-team Diana Santusová claimed an attempt was made to install a camera in her office, Police Corps President Peter Kovařík pointed out that somebody followed NAKA investigators, whose car wheels had been loosened.

“The more significant the perpetrator, the stronger the pressure and tension. Here, we are really going into cases that have not occurred in Slovakia before and we have to complete them,” said Police Corps President Kovařík. “There is no other way.”

The conflict concerns the investigation of collaborating witnesses in the well-known God Mills and Purgatory cases, for example. The witnesses in question include Matej Zeman, Csaba Dömötör and Peter Petrov. The inspection accused them of perjury and obstruction of justice on July 20. The indictment resolution suggests that witnesses have given false testimonies with the knowledge of NAKA investigators.

Santusová sent a letter to some constitutional representatives and MPs. In the letter, she claims that someone has been trying to thwart her team's investigation into suspicions that NAKA is manipulating the testimonies of cooperating witnesses. 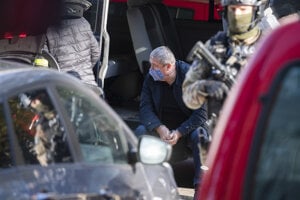 “In layman's terms and in short, I would like to say that we, as a team, under my leadership, have gone further than it suits ‘someone’, and the intention of certain people is to ensure that I do not continue in this activity, no matter who else takes over. All that matters is that it's not me,” Santusová wrote in the letter.

Interior Minister Roman Mikulec, to whom the inspection belongs, and the temporarily appointed head of the inspection, Peter Scholtz, objected to Santusová's allegations.

"It is extremely striking that the investigator transfers the whole matter to the political level and writes to politicians instead of helping to clarify the whole situation by cooperating in internal procedures," said Mikulec.

Kovařík claimed he has been followed. Members of the Purgatory team at NAKA have suspicions that they were followed several weeks ago and at the same time, they noticed on three separate occasions that the wheels of one of their cars had been loosened, he said.

"It's a bunch of guys who are taught to do serious things and are not afraid, but now they have to work under pressure that they have not encountered in their lives in exposing organised crime," Kovařík said.

Kovařík did not want to reveal how these suspicions were further resolved.