Three churches in one and other surprises of Nitra Castle

The cathedral, a gothic ditch, the Diocese Museum, and some parts of the fortification are open to the public. 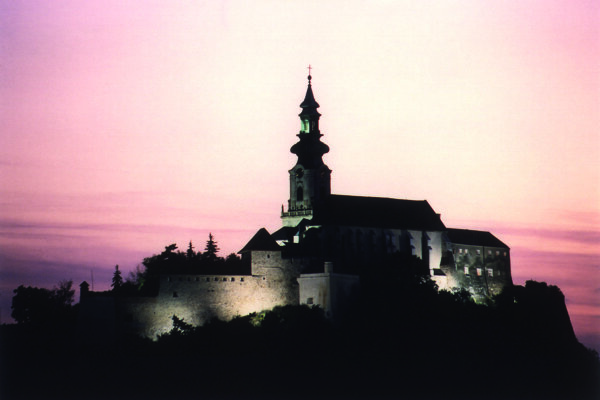 The castle hill is part of the Upper Town and is the most significant sight in Nitra.

A dominant part of the castle is St Emeram’s Cathedral, comprised of three churches: the 11th century romanesque St Emeram’s Church, the Upper Church, which was originally of gothic style, and the Lower Church with a baroque tower.

The castle offers a gorgeous view of Nitra along with an exhibition of liturgical objects and clothing. From April to October, visitors are welcome to climb to the top of the tower with a guide (each 30 min). The building’s history can be seen in the rich decorations, which span centuries.

A reconstruction in 2013 uncovered in the Lower Church a unique fresco of high artistic value and technical quality from around 1400, showing that the church may still contain hidden treasures.

The cathedral and other structures like the gothic ditch, casemates, the Diocese Museum, and some parts of the fortification, including a one-room star-shaped watchtower, are open to the public.

The Diocese Museum of the Nitra Bishopric, the first of its kind in Slovakia, was opened in 2007 in a former outbuilding of the castle precincts. Nitra’s Gospel Book (1083), the oldest manuscript in the country, is shown on the ground floor. Documents linked to the origins of Christianity on this territory, as well as copies of archaeological findings, e.g. pyxes from Čierne Kľačany, are also part of the exhibition. History enthusiasts find copies of the two Zobor Charters (1111, 1113) of special interest.

The basement of the building was turned into a treasure house exhibiting liturgical accessories, such as chalices, monstrances, and bishop’s crosiers. 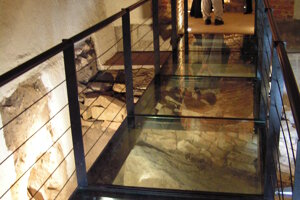 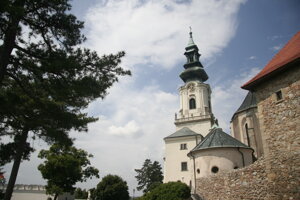 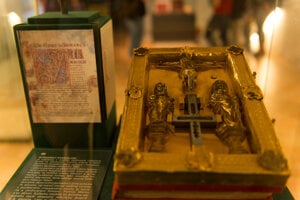