Moreover, a special plane will be dispatched to evacuate Slovaks from Afghanistan. 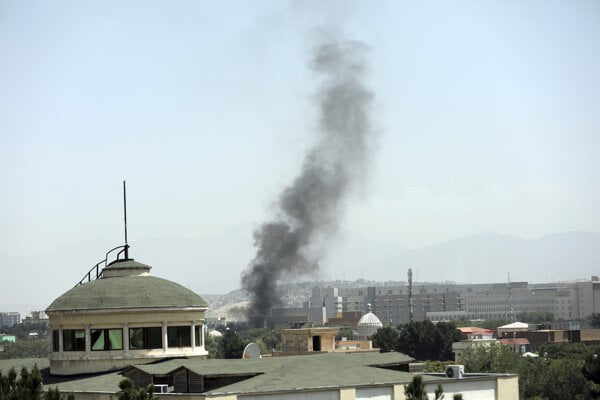 Smoke rises next to the US Embassy in Kabul, Afghanistan, on Sunday, August 15, 2021. Taliban fighters entered the outskirts of the Afghan capital on Sunday, further tightening their grip on the country as panicked workers fled government offices and helicopters landed at the embassy. (Source: AP/SITA)
Font size:A-|A+300

Following the recent developments in Afghanistan, the representatives of the Slovak government have confirmed they are working on sending a special army plane to the country to evacuate Slovak citizens.

“The situation requires a quick response to help those whose lives are in danger,” PM Eduard Heger (OĽaNO) wrote on Facebook, adding they are cooperating on the plans with Foreign Affairs Minister Ivan Korčok (SaS nominee) and Defence Minister Jaroslav Naď (OĽaNO).

Apart from Slovak citizens, Afghans cooperating with Slovak bodies can also be evacuated, Korčok said, adding that Slovakia is ready to help its NATO and EU allies as well.

The Foreign Affairs Ministry reported at the end of last week that officially there were three Slovak citizens in Afghanistan. One person works for the Doctors Without Borders organisation, whom the department already recommended leaving the country immediately. The remaining two people have not asked for help with departure, the ministry’s spokesperson Juraj Tomaga told the TASR newswire.