The Rajec Valley fits in an ancient Greek spa, the incredible Slovak Bethlehem, the unique village of Čičmany, and more. 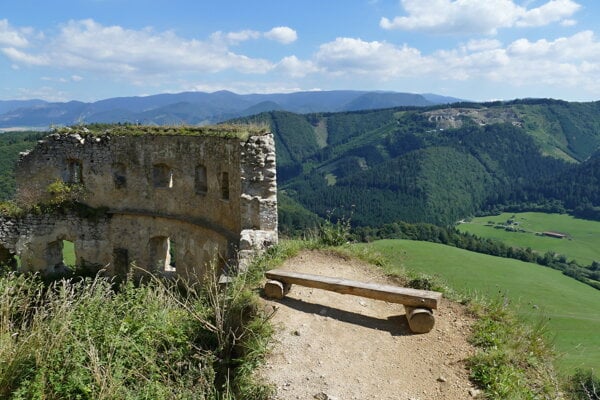 Arrival in Rajec by train, where the railway line ends, may seem like arriving at the end of the world. With the exception of a summer marathon, not much happens here.

The small Rajec Valley is located south of Žilina, with its centre being also the oldest municipality in the valley, the town of Rajec.

"It is a town that is very vibrant," said Frenchman Jean Gâteau, who has lived in the spa town for 12 years. Rajecké Teplice is the biggest attraction of this region, in fact.

But the valley hides tourist attractions all over. One of the largest Slovak castle ruins, Lietava, stands on a hill where the regions starts, and the quaint village Čičmany is situated near the border with the Trenčín Region. In addition, the southern side of the valley is overseen by the peaks of Kľak, Strážov and Veľká Lúka.

Travelling through the Rajec Valley on a bike is an ideal way to get to know this picturesque place. Cycling routes lead not only through the hills but also through several villages, including Rajecká Lesná. 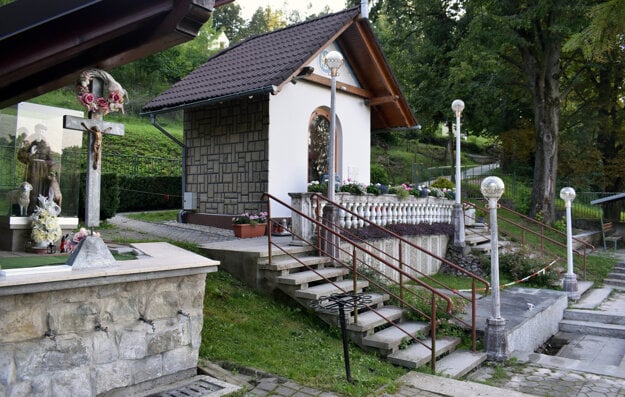 The Our Lady of Lourdes Chapel in Rajecká Lesná. (Source: Peter Dlhopolec/TSS)

The village is also a famous Marian pilgrimage site, above which rises the Frivald Calvary. It is well-known for a huge wooden Slovak Bethlehem by Jozef Pekara, who worked on this moving artwork for 15 years and depicted in it not only the nativity scene but also landmarks and history of Slovakia.

There is also a Lourdes chapel and a water spring in the village. According to some, it has healing effects. Legend has it that a blind beggar who wiped her eyes with water from the spring was able to see again.

A few kilometres away from Rajecká Lesná, just a few metres from an old asphalt road, a geyser sprays out water. In summer it is pleasantly refreshing, while in winter it creates icy decorations.

At the Aphrodite Spa House in Rajecké Teplice, visitors feel as if they were in ancient Greece. Although the history of the facility does not date back to ancient times, ancient architecture is present almost everywhere. Directly in the spa house there is even a fountain with healing water. 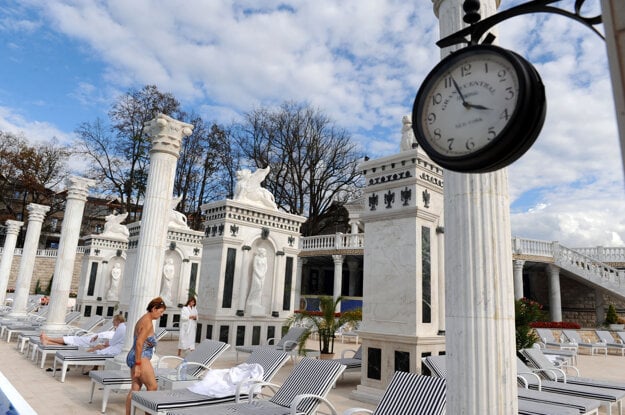 "It is really something out of the ordinary," Gâteau said about the spa.

In addition to swimming pools and medical and wellness treatments, tourists have the opportunity to try sauna rituals in the Natural Spa area. The bravest will also find a space for nudists here.

Gâteau is the only Frenchman in Rajecké Teplice and tries to attract French tourists to the town but it is not easy. Eastern Europe is not such a big attraction for them, he said. However, Gâteau sees the problem elsewhere.

"The real problem is the connection between France and Slovakia."

The French who visit Rajecké Teplice like to explore the history of Slovakia in particular, Gâteau noted.

In the town, visitors can enjoy romantic boating on Swan Lake, local beer Flámm, or trips to the unusual rock formations Budzogáň (Bludgeon) and Ihla (Needle) as well.

Near the border of two regions, Trenčín and Žilina, lies the village of Čičmany, famous for its wooden houses painted with geometric white patterns representing nature. These patterns appeared on the gear of Slovak Olympians.

In 1907, 1921 and 1945, fires destroyed the village, but the locals rebuilt some of the wooden houses. Today they can be found in the lower part of the village. 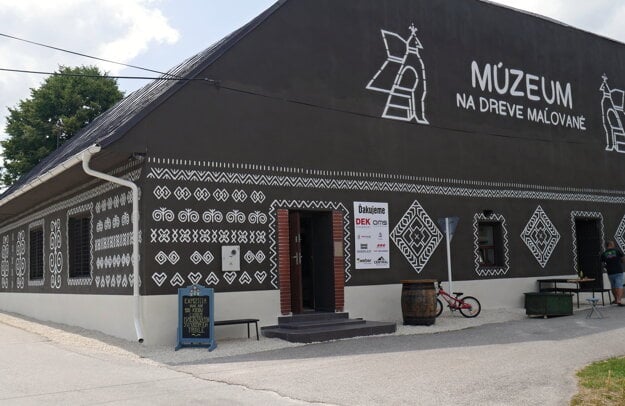 Juraj Kudjak also reconstructed three wooden houses here a few years ago. He now lives in one of them, in the other two he opened a restaurant and a souvenir shop. He even learnt to knit and tourists can buy his products, such as Čičmany stockings nohavički and socks kopitca, in the souvenir shop or on the Internet.

"Services were missing, the houses were in a bad state. That was not what we wanted to show tourists," said Kudjak. "It took us many years to build the infrastructure here. Today we just have to look after this place and keep it alive. "

There are also several museums in the village, and visitors can go skiing or cross-country skiing here in winter. Only a few kilometres from the village, by the mountain pass Fačkovské sedlo, there is another ski resort. 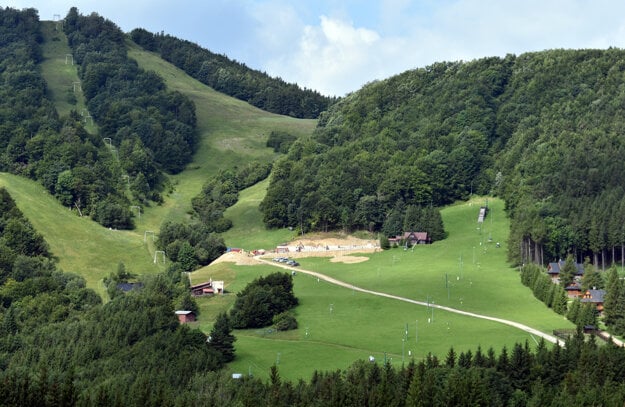 At present, the hike up to nearby Kľak peak, which offers a spectacular view of the entire Rajec Valley, starts in the pass.