Fallen branches and trees complicate public transport in Banská Bystrica, as the town declared an emergency. 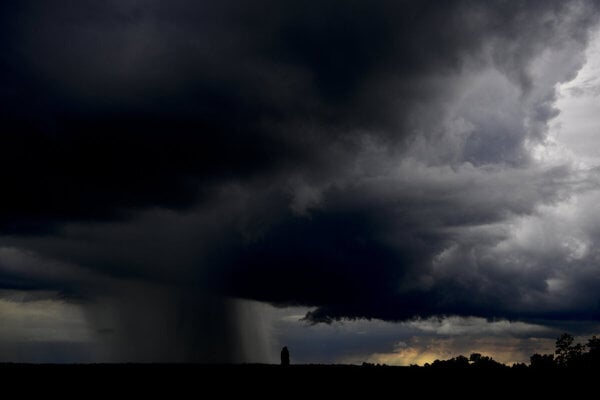 Tragedy occurred at summer camp in the village Turček in central Slovakia: a seven-year-old boy lost his life. A strong windstorm hit the location, and the reason for death could lightening or injuries from falling trees, private broadcaster TV Markíza reported.

“I can confirm that shortly after midnight, we accepted an emergency call to 155 that the windstorm reportedly damaged summer camp tents and injured children were at the spot,” Alena Krčová, spokesperson for Operation Centre of the Rescue Healthcare Service told TV Markíza.

One child succumbed to injuries; seven others were transferred to nearby hospitals, she added. 107 children were present in the camp. Firefighters transported the remaining children to the building of a nearby monastery where they were temporarily accommodated. The police are investigating the circumstances.

Fallen branches and trees as a consequence of the night storms that hit Slovakia complicated the morning at several localities.

The town of Banská Bystrica in central Slovakia had trouble with the operation of public transport, as trolley wires and trees fell. The municipality declared an emergency situation.

“Transport is operating in a very limited regime,” the dispatcher said, as quoted by the SITA newswire, adding that removing the consequences of the storm could take several days.

The Faculty Hospital with Outpatient’s Department of F.D. Roosevelt posted on Facebook that trolleybuses are currently not traveling to the hospital.

The public cemetery in Košice was closed to the public due to the calamity situation. It is estimated that the damaged trees will be removed within two weeks.

Some branches were broken above the pavement, and are being removed. Branches and decorations were also blown around.

Planned ceremonies will take place at the proper time. It is estimated that the cemetery should be made accessible to the public on August 18.

A serious situation also concerns the area around the hospital at SNP Trieda. The alleys are destroyed.