The open-air display "Wall: A Border Through Germany" is held in Bratislava until late August. 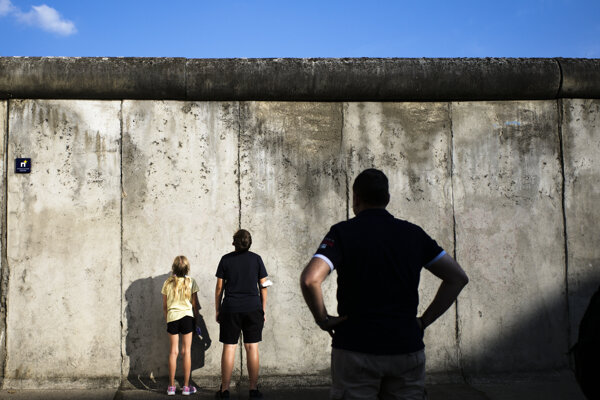 Visitors stand in front of the remains of the Berlin Wall on a street in Berlin on August 12, 2021. (Source: AP/Markus Schreiber)
Font size:A-|A+

When the Berlin Wall – a notorious symbol of German division during the Cold War - was built 60 years ago, it impacted the lives of nations and families for decades to come.

To highlight the stories of those families and individuals, a new open-air display organised by the Konrad Adenauer Foundation has been placed on Hviezdoslav Square in Bratislava.

“It recounts historical events as well as everyday life in a divided country via text and images,” said Michal Petrík of the foundation, as quoted by the TASR newswire. 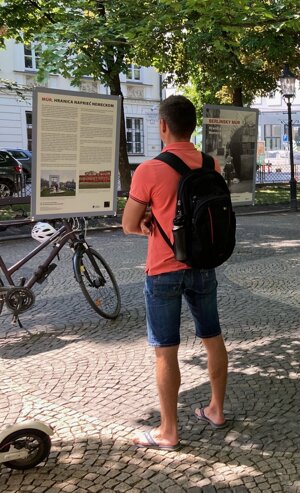 The Berlin Wall was built 60 years ago. (Source: Michal Petrík)

Until August 31, people can learn more about the creation of the Iron Curtain, the communist border regime and its victims, escapes, daily life along the Berlin Wall, the attitude of the West toward the Wall, as well as the fall of the infamous barrier in 1989.

The building of the Berlin Wall, in fact, came as a surprise to many people.

“The time comes in the middle of the night between August 12 and 13, 1961: the lights go out around 1.05 am,” one of the 20 large-format posters exhibited in Bratislava reads. ”The brightly illuminated Brandenburg Gate suddenly plunges into the darkness of a balmy summer night.”