She first came to Slovakia as a refugee aged 17, now Sahraa Karimi describes her escape from Afghanistan. 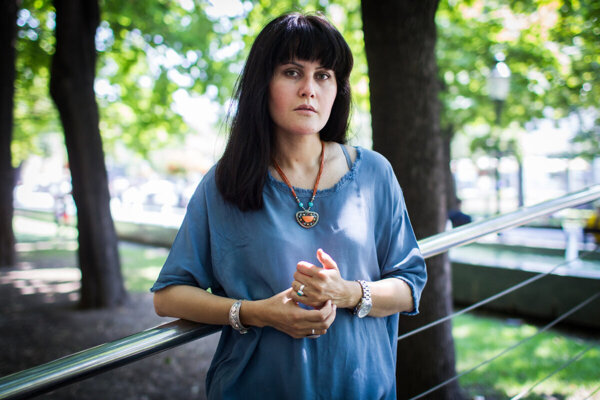 I had thousands of books at home, but I was only able to take a few with me, Afghan-Slovak film director SAHRAA KARIMI said about her abrupt departure from Kabul earlier this week. She left her homeland when the Taliban entered the capital.

In an interview with the Sme daily, Karimi described her escape and explains why young Afghans feel betrayed after the withdrawal of American troops.

I'm afraid of returning home, but I want guarantees that nothing will happen to me, says Karimi, the first woman to head the Afghan Film organisation and a member of the Slovak Film and Television Academy.

What were the last weeks in Kabul like for you?

Confused and chaotic. First, we started receiving information that the Taliban was gaining control over big cities in the provinces.

We saw that people started protesting against them, so we took to the streets in Kabul, too. We thought that there would be fighting against the militants, that people would stand up for the government. But then the news came that the army leaders were making deals with the Taliban and that they surrendered without a fight.

What did you think of that?

I didn't understand that the very cities that recently saw demonstrations against the Taliban came under control of the movement just a few days later. I was shocked. On Saturday, we heard that the Taliban was controlling Kandahar, Herat, Mazar-i-Shafit and that they were coming closer to Kabul. I couldn't believe that.

On Sunday morning I went to the bank to withdraw some money. There were thousands of people there. I waited for about two hours, then we heard the first shots.

They told us that the Taliban had entered the city and we needed to leave, otherwise they would kill us; that I was not able to withdraw my money anymore. They showed me a secret exit, I left and I started running.