Army plane with Slovak and Afghan passengers onboard, including a toddler, successfully landed in Slovakia on Wednesday night. 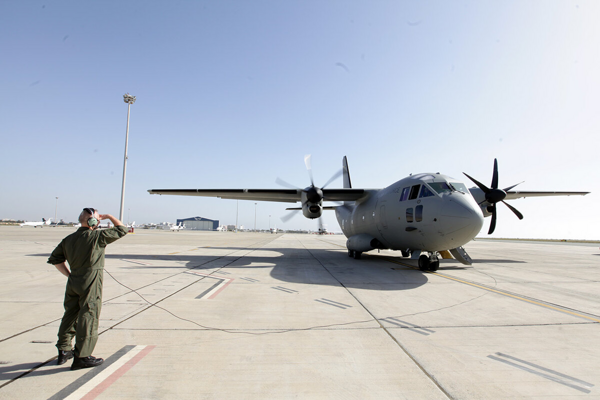 Slovakia’s special army plane, Spartan, landed in Slovakia on Wednesday night, bringing both Slovak citizens and citizens of Afghanistan onboard.

“The mission was successful,” PM Eduard Heger (OĽaNO) told the press on August 19.

There were altogether 20 people onboard the Slovak plane, including a 10-month-old baby. Sixteen were Slovak citizens and their families, and the remaining four were citizens of Afghanistan who had been cooperating with the Slovak armed forces. Another four Afghans were onboard the special Czech plane, arriving in Slovakia in the meantime.

All eight have asked for asylum and are currently inside a facility in Humenné, Foreign Affairs Minister Ivan Korčok (SaS nominee) said.

This does not include the 10 Afghans mentioned by several media outlets earlier this week. As Korčok explained, this figure concerned the group of people cooperating with NATO and the EU; both groups asked their allies if it was possible to take them. Slovakia has promised to take 10, but has not done so yet.

Heger, Naď and Korčok thanked everybody who helped with the operation, including Permanent Representative of Slovakia to NATO Peter Bátor and US Ambassador to Slovakia, Bridget Brink.

As Heger said, Slovakia remains in touch with its NATO and EU partners and will be ready to secure another transport, if needed.