Slovak Philharmonic Orchestra to be Part of InClassica 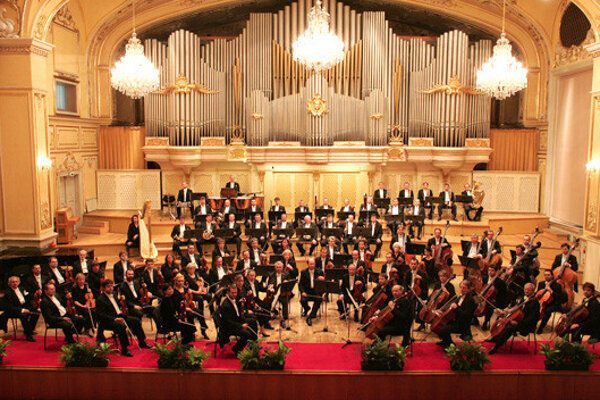 From 15th August to 26th September, an extraordinary musical event featuring 38 soloists, 8 orchestras and 12 conductors from all over the world, will be held in Dubai, UAE. This distinguished project is organised by the European Foundation for Support of Culture (EUFSC), in collaboration with SAMIT Event Group, and created to elevate classical music to its highest level of professionality and to give to culture and arts a leading position in today’s popular interest. The project will bring together outstanding soloists, prestigious orchestras and some of the most esteemed conductors. This edition of InClassica will create a unique atmosphere, something that has never been achieved before. 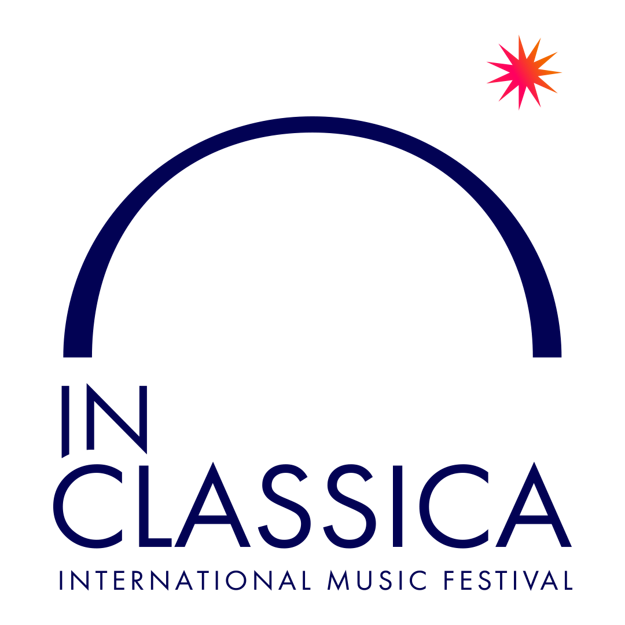 In addition to these outstanding performances, the EUFSC and SAMIT will bring to Dubai two other glorious events: Classic Piano International Competition, from the 15th of August to the 3rd of September, featuring the winners of 14 preliminary competitions from around the world who will compete in Dubai across four rounds in a display of musicianship and pianistic excellence. The second event will be the Middle East Classical Music Academy, taking place in parallel with InClassica from the 4th to 23rd of September. The Academy will welcome some of the most esteemed professors and performers from across the globe for a series of workshops, lectures and open masterclasses.

The following are some of the world-renowned classical music personalities who will be present at InClassica 2021:

● Winner of the 11th International Tchaikovsky Competition and one of the most prominent artists of his generation, pianist Denis Matsuev (Russia);

● Performer alongside some of the most esteemed orchestras around the world, winner of an Emmy Award as a TV host at the age of 16 and of the ECHO Klassik Award, one of the most magnetic figures of the modern classical music, opera soprano Danielle de Niese (USA/Australia); 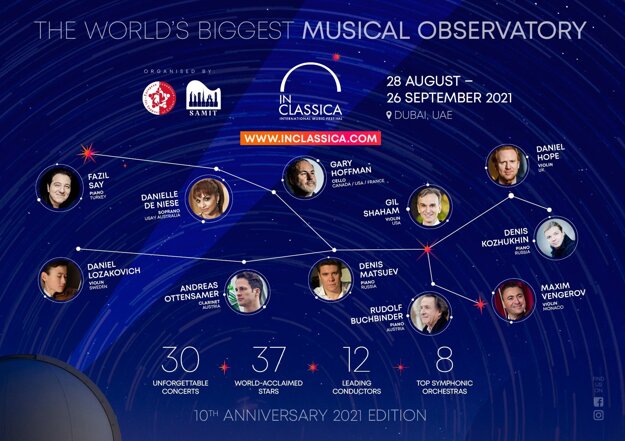 To accompany all these prestigious names, there will be eight major ensembles, including the Slovak Philharmonic Orchestra, which will add another fundamental step to its career of wonderful achievements. Since its establishment in 1949, the orchestra has, in fact, worked alongside some of the most prestigious conductors, such as János Ferencsik (Hungary), Franz Konwitschny (Germany), Sir Eugene Goossens (UK), Roberto Benzi (France), amongst many others. The orchestra regularly gives performances around the world, participating in some of the most important national and international festivals and competitions. In the course of its numerous range of concerts, the Slovak Philharmonic has managed to perform in almost all the European countries while, regarding intercontinental duties, the Slovakian ensemble has ploughed through exceptional stages in Japan, South Korea, USA and Oman, to name a few. In 2019, the orchestra celebrated its 70th anniversary and it is certainly ready to embark on ambitious and distinguished projects, as in the case of the InClassica International Music Festival in Dubai.

Furthermore, there will be seven more world-renowned orchestras: the Royal Philharmonic Orchestra (UK), which performs around 200 concerts every year; the Russian National Orchestra, which boasts a 2004 Grammy winner and 2015 Diapason d’Or; the Armenian State Symphony Orchestra (ASSO), which, throughout its career, has collaborated alongside outstanding soloists like Maxim Vengerov, Denis Matsuev, Zakhar Bron and many others; the Jerusalem Symphony Orchestra (Israel), which has the opportunity to perform with some of the greatest artists from all over the world; the Malta Philharmonic Orchestra, who has grown during the latest years and boasts collaborations with world-renowned musicians; the Kaliningrad Symphony Orchestra (Russia), which is a constant participant in major festivals around the world; the Deutsche Staatsphilharmonie Rheinland-Pfalz (Germany), which has always performed alongside internationally renowned conductors and soloists. 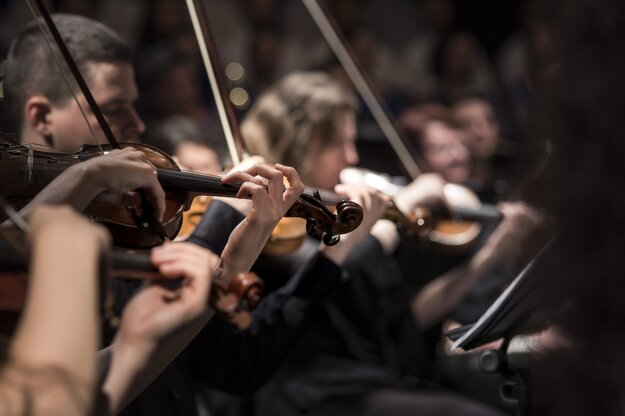 InClassica will feature works by contemporary composer Alexey Shor, who will serve as Compose-in-Residence for the Festival. His pieces have been performed all over the world by some of the most acclaimed soloists like violinists Salvatore Accardo and Andrey Baranov, cellist Gautier Capuçon, pianist Freddy Kempf and many others. In addition, many major ensembles including the Malta Philharmonic Orchestra, London Philharmonic Orchestra, Armenian State Symphony Orchestra, the Brandenburg State Orchestra and many others have brought on stage Shor’s compositions.

Regarding the location, the festival will take place at two of Dubai’s main venues: the Coca-Cola Arena and the Dubai Opera. The first was officially opened in 2019, hosting different kinds of events including concerts, sport, family entertainment and other ceremonies. It represents one of the most advanced arenas in the world from a technological point of view, which is a factor that makes this location able to host outstanding projects. The Dubai Opera hosts opera concerts, ballet, conferences and exhibitions. It was officially opened in 2016 with a memorable performance by Spanish opera singer and conductor Placido Domingo.

With all these names of absolute prestige, InClassica promises to bring to Dubai an ambitious programme of classical music. The organisers strongly believe that this event will represent a turning point for this sector, something that will be remembered and will allow every music lover to look at this genre with admiration and constant interest. This edition of InClassica will represent something not to miss, an event to look forward to. Once again, the success in making this festival will be something fundamental from different perspectives. Visitors and audiences will have the opportunity to attend concerts performed by living legends, surrounded by the unique atmosphere of Dubai.

“After such a challenging period for so many artists and classical music lovers, I am proud to announce the InClassica International Music Festival in Dubai, featuring some of the most prestigious soloists, orchestras and world-renowned conductors. The setting in Dubai will be unique, with audiences able to enjoy incredible concerts. Visitors are guaranteed a cultural experience which they might have never experienced before in their lives. InClassica brings together talent, fame, passion and, overall, the importance of spreading the message of arts and culture all around the world. After such a challenging period, we are proud to be able to organise an event of this magnitude” Konstantin Ishkhanov, President of the EUFSC. 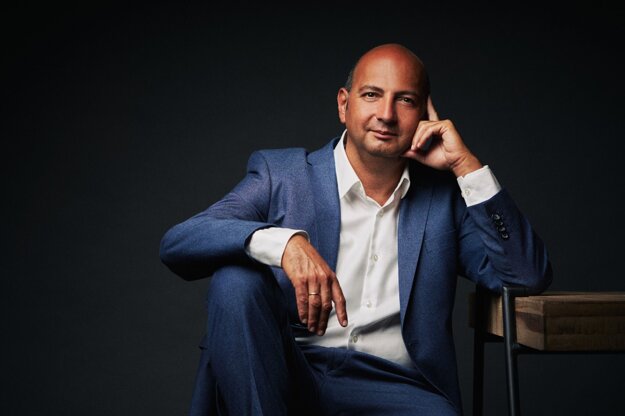 Konstantin Ishkhanov, President of European Foundation for Support of Culture

From a cultural point of view, InClassica will have the power to bring together people from many different countries, artists with different characteristics and audiences from all over the world. For the classical music sector, this year’s edition of this project will represent an example to drown on. The organisers will be able to offer such a special festival, putting classical music and its interpreters at the centre of the attention, giving a fundamental role to compositions and artworks and offering an exclusive programme and the line-up of a lifetime. Despite all the difficulties that the COVID-19 pandemic has brought in our lives, soloists, orchestras and conductors look forward to welcoming everyone to their performances, with the desire of making this celebration unique, something to be remembered in the future.

This article has been brought to you by European Foundation for Support of Culture (EUFSC).