Slovakia will mark the anniversary of the August 21, 1968, occupation on Saturday.

Good evening. Catch up on the main news of the day in less than five minutes with the Friday, August 20 edition of Today in Slovakia. We wish you a pleasant read.

For weekend tips and reads, check out our Spectacular Slovakia roundup. This week, Peter Dlhopolec writes about the divine Rajec Valley, the 'Lazy' farm and campsite, and a Belgian girl's attempt at a world record. 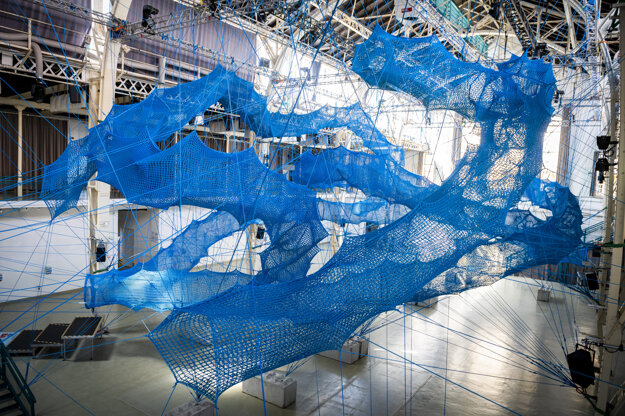 Contemporary visual art does not always have to be admired from a distance. Some pieces enable people to literary immerse themselves in it. This is true for TUBE, an installation in Stará Tržnica in the very centre of Bratislava. From now until August 29, those interested can take off their shoes and climb through a monumental cutworm made from blue nets hanging from the ceiling of the old market hall.

“It was a strange feeling, like crawling through the bowels of a giant animal, but I cannot decide whether I liked it when other visitors made the tube rock,” said Irena Kolesáivá after she exited the tunnel.

Launched in late June, this site-specific climbing frame will hang in Stará Tržnica until August 29. 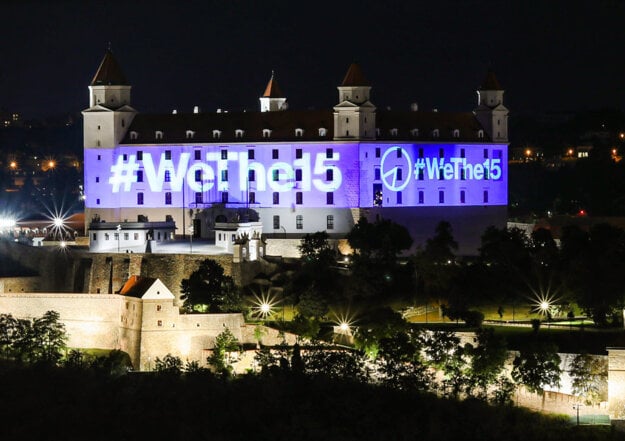 Bratislava Castle was illuminated in purple, the international colour of the disabled, on the occasion of the upcoming Paralympic Games in Tokyo on Thursday evening. 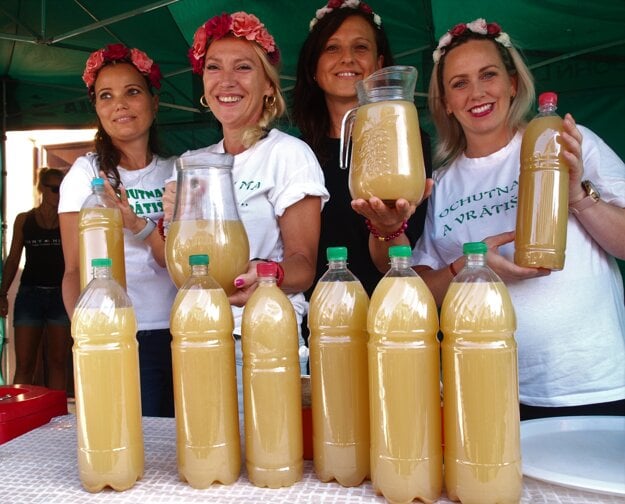 The plastic bottles filled with an unalluring yellowish murky liquid on chairs in front of houses flanking the main road at the foot of the Small Carpathians unmistakably indicate that wine harvest time is here. While some pull their cars to the pavement and buy a bottle of burčiak – slightly fermented grape juice – to drink at home, others prefer to enjoy it at the vinobranie (wine harvest) festivals with a piece of roasted duck and lokša, a potato pancake.

The grape harvest festival season starts in late August in the Bratislava Region and lasts until mid-November. Have a look where and when it is possible to taste burčiak and other regioinal delicacies.

Anniversary of this week 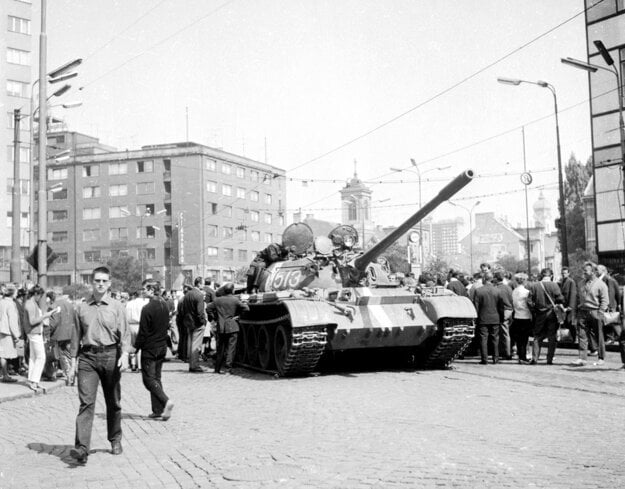 A historical picture of streets in Bratislava occupied by Warsaw Pact troops in August 1968. (Source: TASR)

On Saturday, August 21, Slovakia will mark 53 years since Warsaw Pact troops invaded what was then Czechoslovakia.

The invasion of Czechoslovakia by five Warsaw Pact armies (the Soviet Union, Bulgaria, East Germany, Hungary and Poland) took place on the night of August 20/21, 1968. The operation was designed to halt the political reforms of the Czechoslovak Communist Party regime headed by Alexander Dubček. More than 100 Slovaks and Czechs were killed during the invasion, which thwarted the hopes of the Prague Spring reform movement of 1968.