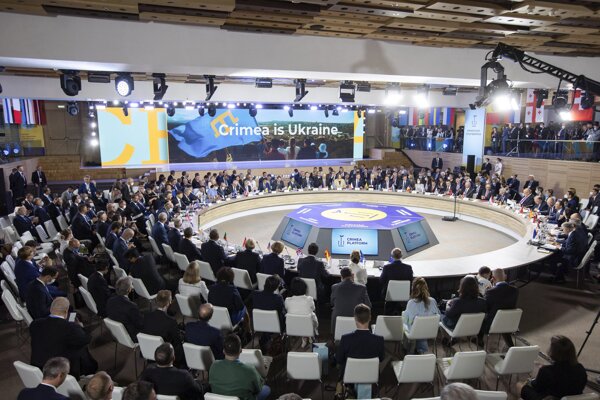 Slovakia will never recognise the illegal annexation of Crimea.

The country’s PM Eduard Heger (OĽaNO) made this statement at the inaugural summit of the Crimea Platform held on August 23 in Kiev. An initiative of Ukrainian President Volodymyr Zelensky, the summit should return the 2014 annexation of Crimea by Russia to discussions among the international community.

The summit is happening while Ukraine is commemorating the 30th anniversary of its independence from the Soviet Union, attended by top representatives of 46 countries and international organisations, including European Council President Charles Michel. 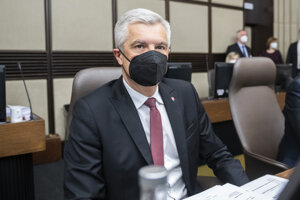 Heger welcomed the creation of the platform and promised that Slovakia would be engaged in it.

“More than seven years ago, Russia breached international law and illegally annexed part of Ukraine’s territory,” he said, as quoted by TASR. “Time will not relieve Russia of its responsibility for its actions, and neither will it relieve the international community of the need to pay attention to Ukraine.”

He also stressed that Slovakia will never recognise the enforced change of borders, and supported Ukraine “in its diplomatic efforts to restore its sovereignty and territorial integrity,” as reported by TASR.

The Slovak PM said sanctions against Russia will last as long as it occupies Crimea.

Meanwhile, Zelensky said that they will do everything they can to get Crimea back. The country is ready to use all political, legal and diplomatic tools possible, as reported by TASR. 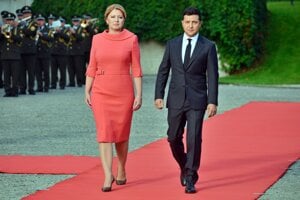 After the summit, the participants signed a declaration condemning the violence and systematic undermining of the human rights of Crimea's inhabitants. The declaration also called on adhering to the basic principles of law and freedoms of people.

The politicians supported freedom of press, and agreed that the militarisation of the Crimean peninsula undermines the safety and stability of the Black Sea region, as reported by the SITA newswire.