Popular air show returns, along with some entertaining Italians

The Sliač military airport will not host the SIAF festival this year due to a major reconstruction. 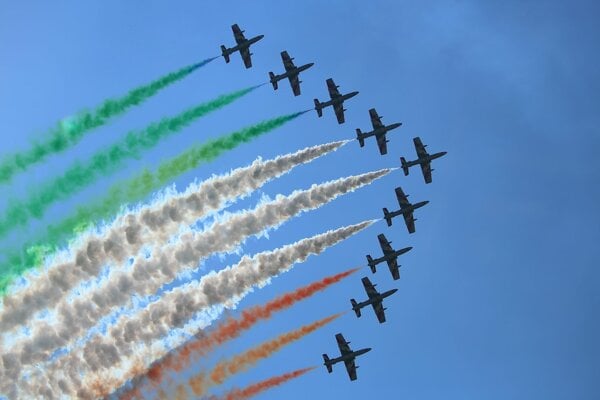 The Frecce Tricolori group from Italy at the SIAF festival back in 2015. (Source: Branislav Račko/TASR)
Font size:A-|A+49

Every time Italian pilots of the Frecce Tricolori group show off their aerobatic flying skills at Slovakia’s largest air festival in Sliač, central Slovakia, crowds go wild as they listen to Luciano Pavarotti’s Nessun Dorma and watch the Italian flag being drawn in the air by the pilots.

The international festival, which launched a decade ago, will return next week alongside the Italian pilots after a year-long pandemic break to celebrate the 60th anniversary of their group.

The full programme can be followed here.

“The event will be about a rich presentation of aircraft technology, static and dynamic demonstrations and accompanying attractions for families with children,” said the festival’s spokesperson Michala Cabanová.

However, because of major reconstruction works, the beloved event, also known as SIAF, will not be held in its traditional location – the Sliač military airport. Instead, planes from Europe and the USA will fly above several towns and villages outside Bratislava on September 4 and 5, with the event moving to the Kuchyňa military airport.

Due to the ongoing pandemic, SIAF will take place under strict Covid rules, meaning the airport will be divided into three separate areas – for the fully vaccinated, for OTP visitors (vaccinated, tested, recovered) and for VIP people. A mobile testing site will be open at the entrance gate and people can register for a paid Covid test online to avoid a long waiting time.

The first planes will start landing at Kuchyňa two days before the event, September 2 and 3, and will leave Slovakia on September 6.

Apart from the Italians and the popular Zoltán Veres display show, there is plenty more to look forward to at the festival.

One of the highlights will be the new subsonic Slovak jet L-39 Albatros NG manufactured by Aero Vodochody, which will be showcased on the ground and in the air.

Visitors will also get a closer look at a gigantic Airbus A400M from Germany. The plane will be on a static display for the first time, and it will be the largest aircraft at the airport near Bratislava.

“This type of aircraft appears at aviation shows around the world, but mostly in the West, so it is really unique that Germany will send it to our aviation show,” said SIAF director Hubert Štoksa.

The American Boeing CH-47F Chinook transport helicopter will be premiered at the festival as well. The attack helicopter AH-64E Apache, which has been in use since the end of the Cold War, will also land in Slovakia.

On the other hand, history buffs will appreciate war machines, including two legendary Soviet MiG-15 fighter jets from Poland. This aircraft was deployed in the Korean war, and it became “a feared symbol of the Soviet aviation industry and a good opponent to the American F-86 Sabre aircraft.”

SIAF has also confirmed the Czech Republic will present a rare Hawker Hurricane Mk.IV fighter, both in the sky and on the ground. This historical fighter jet was flown by Czechoslovak pilots in the Second World War. 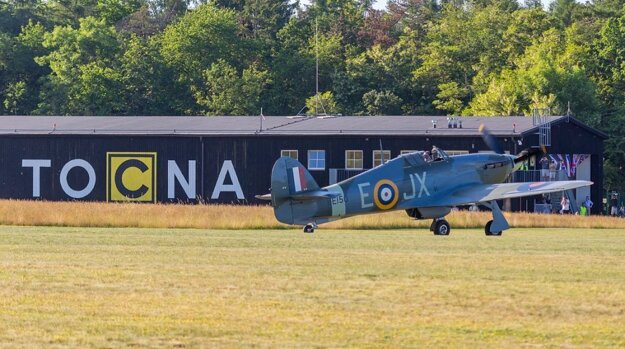 “This technology is not easy to come by anymore,” Štoksa said. “We can really rate this demonstration as a historical cherry on the cake.”

The fighter to be displayed at Kuchyňa was produced at the Kingston-upon-Thames factory in the years 1942-43, and it served in Italy, Greece, former Yugoslavia, Cyprus and Palestine. Today, less than 15 out of the more than 14,500 fighters originally produced can still fly.

Aviation technology from a total of 14 countries will be showcased at the SIAF festival.