Former director of the Slovak intelligence agency Vladimír Pčolinský faces corruption charges. It is not easy to find DNA on banknotes, police say.

Related: New indictment I Pčolinský acquitted I Reasoning I Charges I Presser 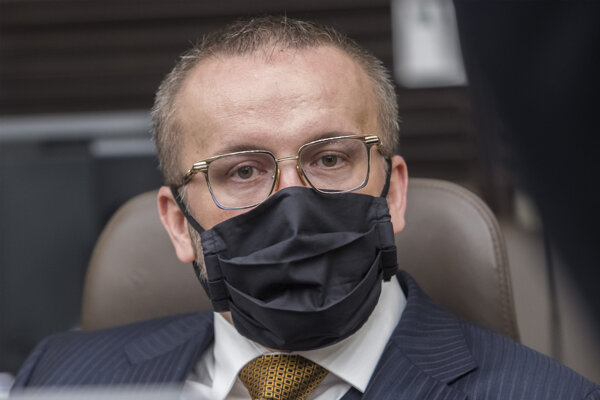 This stems from the document of the Specialised Criminal Court, which declined the request of Pčolinský of being released from pre-trial custody.

His attorney Ondrej Urban confirmed that the investigation of his case is in the final stages now.

Pčolinský faces accusations that he took €20,000 to halt the wiretapping of lawyer Zoroslav Kollár. By the end of April 2021, more charges were added. He stands accused of having bribed former NAKA member Marián Kučerka, allegedly paying him €10,000 to overlook tax fraud suspicions against a certain transnational construction company.

All planned interrogations have been concluded and the investigator has gathered all the expert opinions they required. Currently, the formal study of the case file is ongoing, which Urban said can be considered to be the conclusion of the evidence-gathering stage.

"We have filed two more proposals to add to the gathered evidence, which I will not speak of in detail, but we have no information on whether the investigator will oblige," Urban said.

The Pčolinský case was an impetus for political conflict within the ruling coalition. The coalition Sme Rodina party has pushed through changes on pre-trial custody rules, and they have been questioning the trustworthiness of Interior Minister Roman Mikulec of OĽaNO.