High Tatras get its first via ferrata. Japan's father of skiing was Slovak. More news in the Spectacular Slovakia roundup. 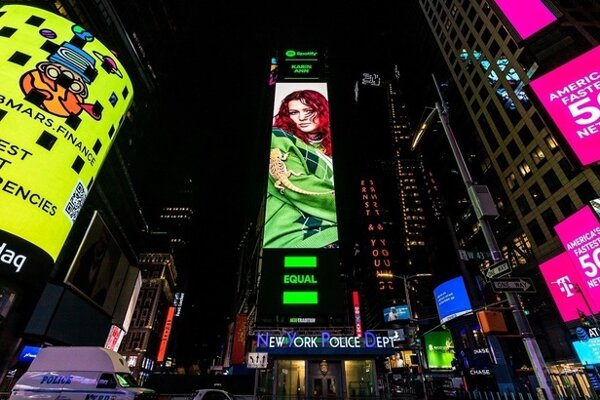 Hello. This week, we are covering two Slovaks, one featured on an NYC attraction and the other celebrated in Japan. Our weekend read is on Slovakia's Camino de Santiago. 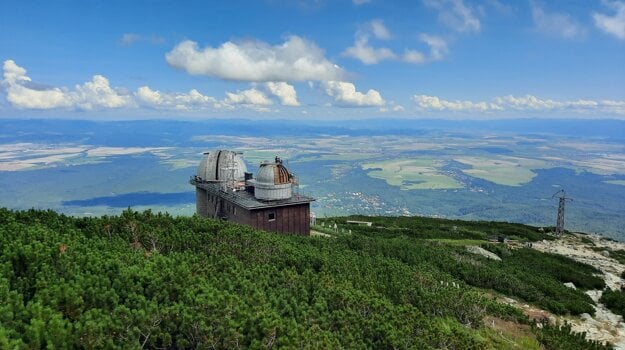 The 1943 observatory by the Skalnaté pleso mountain lake in the Tatras has its roofs replaced. The roofing process will go on until summer 2022, with a break in wintertime. (Source: Vladimír Dubjel/SAV)

How a Slovak soldier became Japan's father of skiing

In late November 1910, following a two-month cruise aboard the Franz Ferdinand steamer, a soldier from the Danube monarchy, unknown outside military circles, arrived in Japan to teach Japanese soldiers to ski, holding two pairs of alpine skis in his hands.

The Bratislava military officer Theodor Edler von Lerch, born on August 31, 1869, was gifted not only at languages but also in sports, including alpine skiing.

"The Japanese, who had a military attaché in Vienna, knew about the progress of alpine skiing in the Austro-Hungarian army. They also knew that Lerch was an excellent skier," Brigadier Dr. Harald Pöcher wrote.

Lerch left for the town of Takata where he began to train a group of soldiers several times a week, demonstrating his talent for alpine skiing on Mt Kanaya without falling once, in January 1911. The first ski tour on nearby Mt Nambuyama took place a month later. 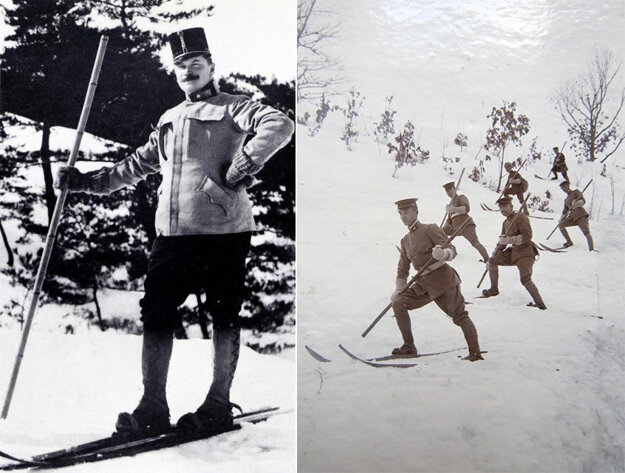 Major Theodor Edler von Lerch, born and raised in Bratislava, is considered the father of skiing in Japan. (Source: Reddit/Wikipedia)

It did not take long before more men and women wanted to learn to ski. As a result, the first Japanese ski club was established. It had about 6,000 members in 1912. Today, there are millions of Japanese who enjoy skiing.

"If you ask an average Japanese citizen which Austrians they know, several names come to mind. Mozart and Lerch are always among them," Pöcher said. 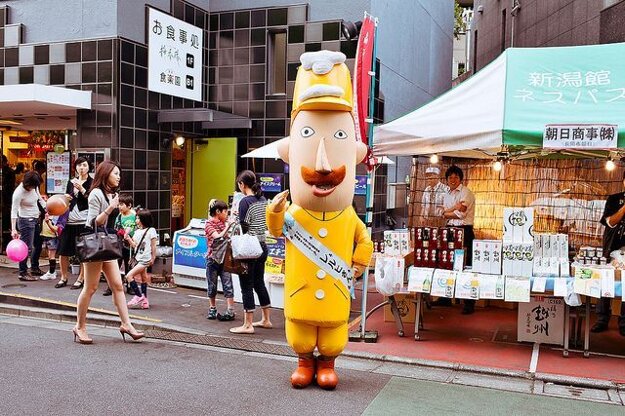 Theodor Edler von Lerch has over 40,000 Twitter followers thanks to a character known as Reruhi-san, the tourism mascot for Niigata Prefecture in Japan. (Source: Flickr/tokyofashion)

Despite his death in 1945 in Vienna, Lerch has thousands of followers on Instagram and Twitter thanks to a character referred to as Reruhi-san, which is what the Japanese sometimes call Lerch.

First alpine via ferrata opens in the High Tatras

The first via ferrata in the alpine terrain of the Tatra Mountains has been opened to tourists.

The new, 430-metre attraction starts below the Priečne sedlo saddle and runs parallel to the existing trail. It takes a long time to reach the one-way via ferrata since tourists must first reach the Téryho chata mountain hut in the Malá Studená dolina valley and continue further to the Rázcestie pod Sedielkom crossroad. 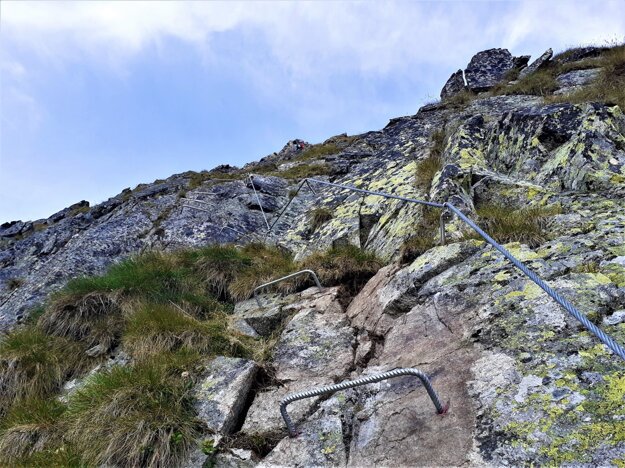 The first via ferrata in the High Tatras starts below the Priečne sedlo saddle. (Source: Jozef Kubáni/Facebook)

Therefore, it is highly recommended to set off for the via ferrata from the Hrebienok resort early in the morning to avoid a late return or afternoon summer storms.

After conquering the via ferrata and the saddle, tourists can continue through the Veľká Studená dolina valley to Hrebienok.

The Priečne sedlo ferrata is an alternative solution for the originally planned ferrata from the Skok Waterfall to the Predné Solisko peak in the Mlynická dolina valley, which was not approved due to the protection of animal species.

Advice: A ferrata set and helmet can be borrowed in Starý Smokovec. Do not forget to purchase insurance, even though this is a type A ferrata. 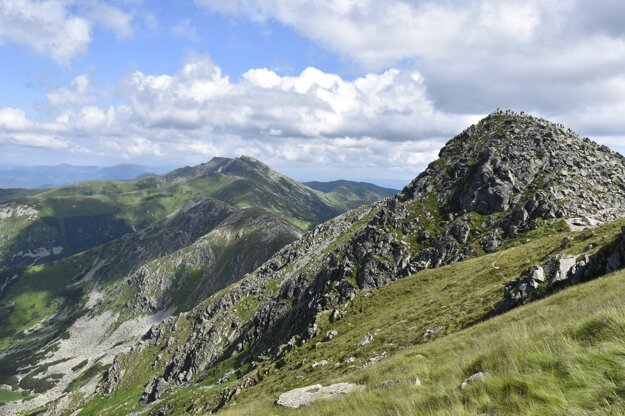 A view of the Low Tatras from the Chopok peak, central Slovakia. (Source: Miroslava Mlynárová/TASR)

Slovak singer Karin Ann, often dubbed the Slovak Billie Eilish, has made history by becoming the first Slovak to be featured on a billboard on Times Square in New York City.

"I am glad my music can reach other people in this way and that it can help them identify with what I sing about," Karin Ann, who is just 19 years old, said. 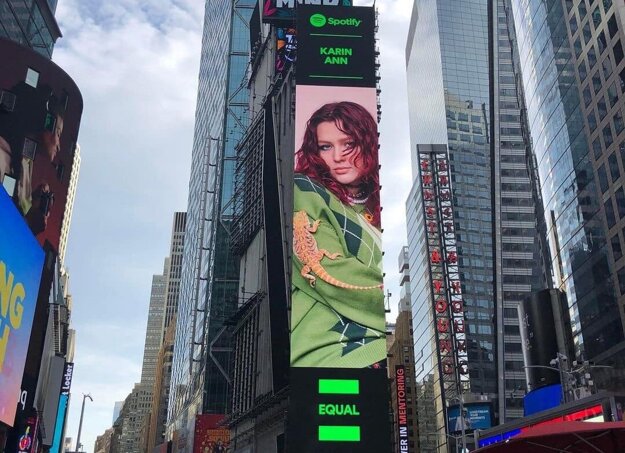 Equality, love, and freedom are some of the topics she dives into in her songs. The artist has recently released a new song called in company, which will appear on her second EP. She said the song explains "what a lonely person can feel in their own head regardless of whether they are alone or in a room full of people."

Apart from Karin Ann's appearance on the billboard, her latest single is featured on Spotify's Equal Global playlist alongside songs recorded by Billie Eilish, Anne-Marie, and Alessia Cara. In this way, Spotify celebrates female artists around the world.

Several weeks ago, Karin Ann made news after she wore a rainbow flag during her live performance on a national Polish television channel, for which she was criticised by the broadcaster.

Other news from this week: 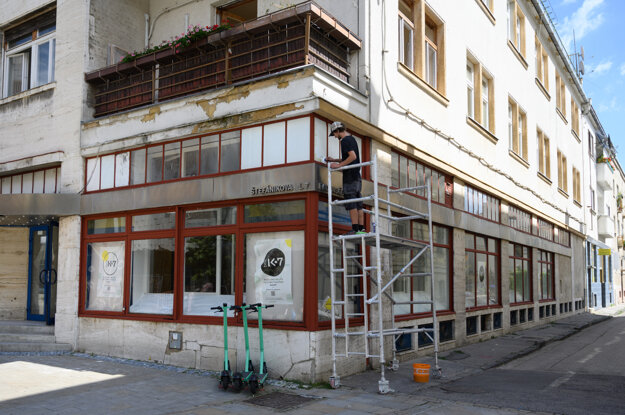 The new cultural centre "bod.K7" on 7 Štefánikova Street in Nitra is housed in a 1933 building. (Source: Henrich Mišovič/TASR)

When a group of her friends set off for the last 100-km stretch of the famous Camino de Santiago in Spain and her duties did not allow her to join them, Jana Liptáková felt the sting of jealousy.

She promised herself that she would go on her own private pilgrimage. When she starting mapping out her route, she realised the walk mattered more than the destination. So she walked the less beaten tracks along the Slovak stretch of Camino de Santiago, the Way of St James. 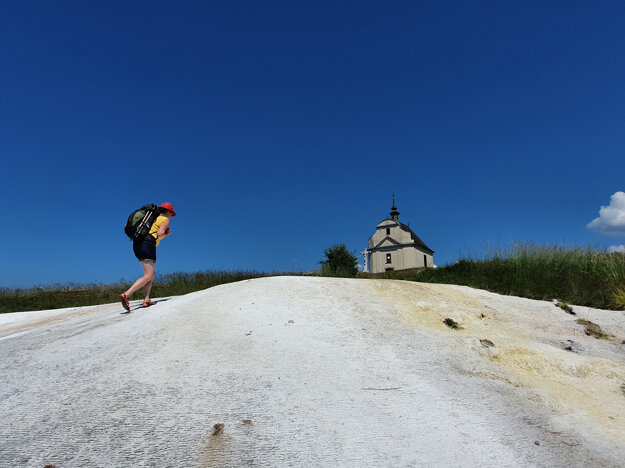 From late January until spring of this year, she walked the 83-km stretch from Trnava to Bratislava. Not all at once, but during one-day trips, sometimes in the opposite direction.

But that was not enough for her. She took her friend and set off on a week-long pilgrimage trip to eastern Slovakia, walking from Košice to Levoča, in mid-June.

Read more about her thrilling and emotional adventure in her post-pilgrimage reflection.