People are neglecting their teeth more due to the coronavirus

Health insurer calls on clients to get their annual dental check-ups before the end of the year. 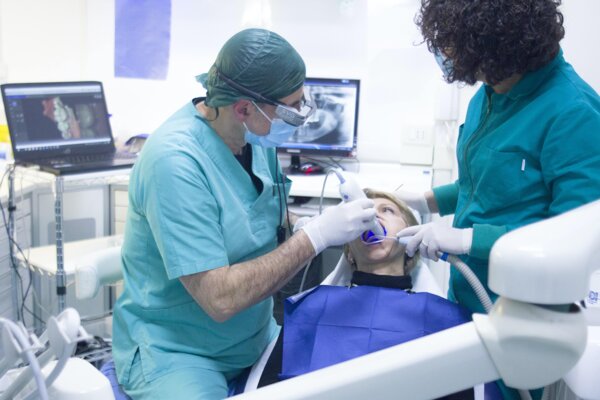 The earlier cavities are treated, the less it hurts and the less it costs. (Source: Unsplash)
Font size:A-|A+

Fewer people went to their dentist for an annual check-up last year due to the pandemic.

This stems from the data published by the Union private health insurer, one of the three insurers operating in Slovakia. While 42 percent of their clients got an annual dental check-up in 2017, the share dropped to a mere 28 percent in 2020.

The massive drop has been caused by the coronavirus pandemic, Union spokesperson Beáta Dupaľová Ksenzsighová said, as reported by the TASR newswire.

"We have never had such numbers for dentists," said the head of the health insurance section at Union, Elena Májeková, as quoted by TASR. She called on people to make sure they get their teeth checked in the coming four months before the year's end.

The spokesperson noted that people must get regular preventive checks to receive insurance coverage from their health insurer to fill cavities.

"Those who do not get a preventive check must, by law, pay for the treatment linked to cavities out of their own pocket in the following year," she said.

The insurer's data shows that cavities appear on an average of two teeth every year. The later cavities are treated, the more they hurt and the more expensive they are to treat, she noted.