Eight Slovak MEPs have called for excluding Smer from the socialist faction. 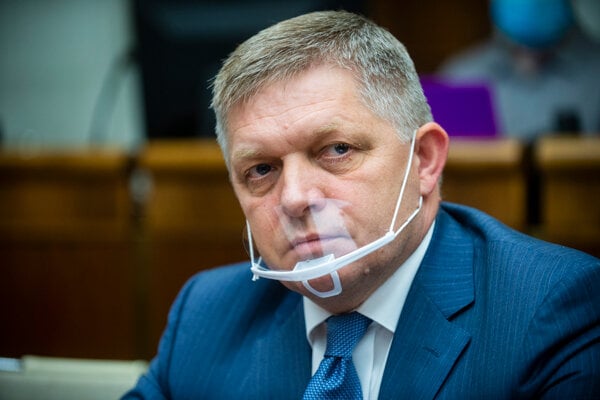 The opposition party Smer will most likely not be punished on the European level for its recent union with the far-right parties.

Eight MEPs led by Martin Hojsík and Michal Šimečka of Progressive Slovakia turned to the Party of European Socialists (PES), asking it to draw consequences “for the cooperation of Smer with fascist parties”, and exclude it from the faction. They referred to the fact that the party is organising a protest on September 1 in Košice together with Republika, a movement created by the renegades from the far-right Kotlebovci – People’s Party Our Slovakia (ĽSNS).

Though PES confirmed they received the letter, they do not support claims that Smer is working with the extremists, so they will not take any action, the Aktuality.sk website reported.

The situation is a bit different from the year 2006. At the time, Smer formed a government with the nationalist Slovak National Party (SNS), led at the time by Ján Slota, and the Movement for a Democratic Slovakia (HZDS) led by Vladimír Mečiar. PES punished it with a two-year suspension of membership.