Related: New indictment I Pčolinský acquitted I Reasoning I Charges I Presser 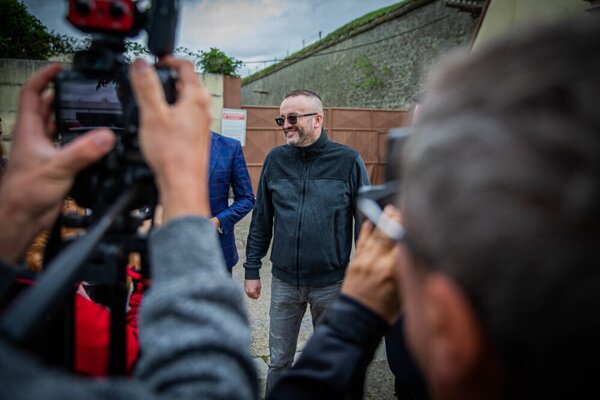 Inconsistencies in witnesses' testimonies and procedural errors are the two main reasons why Deputy General Prosecutor Jozef Kandera decided to acquit the former head of the national intelligence agency of corruption charges.

This stems from the written reasoning of Vladimír Pčolinský's acquittal that the Sme daily obtained the day after the decision was announced on August 31.

Pčolinský faced criminal prosecution in two cases: one involving his alleged acceptance of a €40,000 bribe from lawyer Zoroslav Kollár in August 2020. The charges that he faced until recently stated that he divided the bribe between himself and his then deputy head of SIS, Boris Beňa. The bribe was allegedly delivered by Ľudovít Makó.

Beňa and Makó have since confessed to having committed the crime as described in the charges. They testified against Pčolinský.

Deputy GP Kandera decided to scrap the charges due to, among other things, the fact that the charges were based on their testimonies while their trustworthiness has not been sufficiently supported by other evidence.