Deposits increased by €2 billion in half a year. 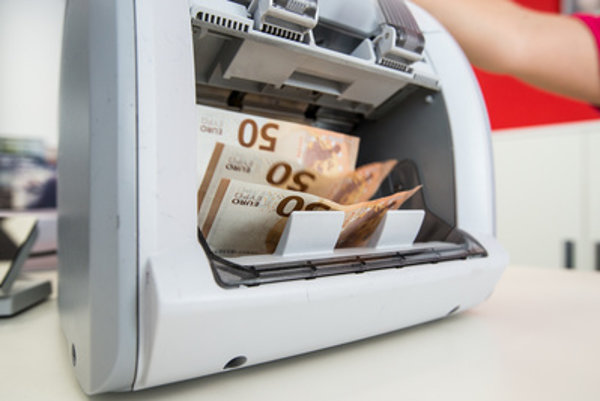 The National Bank of Slovakia (NBS) central bank reports that deposits grew by € 2 billion in the first two quarters of 2021 to €24.9 billion.

Before the pandemic, household financial resources on standard accounts saw an annual average increase of 13 percent. The pandemic increased the savings rate, which reached 22.8 percent at the end of 2020, representing a 17 percent year-on-year increase in saving rates, according to an analysis by Wood & Company.

“This trend continued in the first six months of 2021, which was defined by lockdowns. During this period, Slovak bank accounts saw an increase of € 2.1 billion. The greatest growth was seen in Q1, amounting to €1.2 billion. We estimate that during the lockdown period, deposits on standard accounts in Slovakia held about half a billion euros 'extra', so to speak," company analyst Eva Sadovská explained, as reported by the TASR newswire.

“Understandably, having money on hand is indispensable. Financial reserves surmounting to half a year’s worth of expenses are recommended. However, many Slovaks hold sums of money in their accounts that remain untouched for years. In these cases, however, their money remains unproductive since interest rates have been near 0 percent for several years now. They have been below the rate of inflation for 5 years,” Sadovská continued.

Data from the Statistics Office suggests that inflation at the beginning of 2021 was relatively low. However, in the following months, inflation moved past the 1 and then 2 percent mark.

“In June, inflation reached 2.9 percent, and in July it climbed to 3.3 percent, which is the highest it has been in 8 years. In 2021, we’re starting to pay more, not just for comfortable fabrics and tobacco, but also for groceries and construction material. We expect price growth to persist in the following months and the average inflation for 2021 to exceed 2.5 percent,” Sadovská added.