The shock move by the General Prosecutor’s Office raised many legitimate questions. It then blocked some journalists from asking them at a press conference. 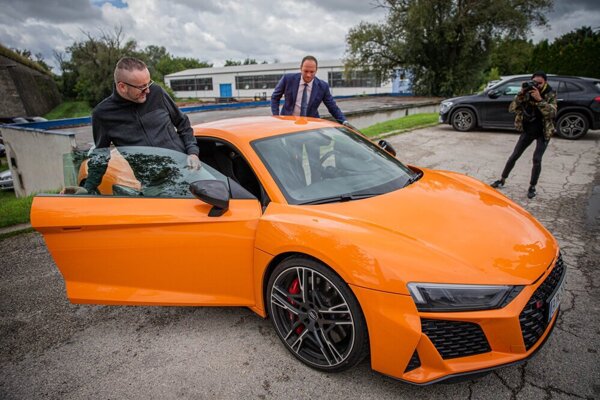 Welcome to your weekly overview of news from Slovakia. Slovakia’s general prosecutor and his deputy shocked (almost) everyone. There were protests in Bratislava and Košice against the backdrop of Constitution Day. Schools opened just as the Delta wave is starting to rise. Marginalised Roma remain poorly protected from Covid. Vaccination is no longer required to see the Pope in Slovakia.

Too many questions surround Žilinka

The havoc that occurred in Bratislava and in some isolated incidents in Košice when various kinds of anti-government and anti-pandemic protests took place on September 1 was nothing compared to what had broken loose the day before.

On the eve of Constitution Day – coincidentally, the 26th anniversary of the abduction of the president’s son, an infamous event that marked a low point of Slovakia’s “wild 1990s” – the General Prosecutor’s Office unexpectedly freed a high-profile corruption suspect, former secret intelligence (SIS) chief Vladimír Pčolinský, absolving him of all charges and letting him drive away from prison after almost six months in custody. To add to the almost surreal quality of the proceedings, he stepped through the doors of Leopoldov prison only to climb into a garish and very expensive sports car in which he sped off with his lawyer.

Read more articles by the topic
This article is also related to other trending topics: Corruption & scandals, Vladimír Pčolinský