Some will sleep in a field to get closer to the Pope. Unvaccinated will stay in the back

It is necessary to arrive at mass by eight in the morning at the latest. 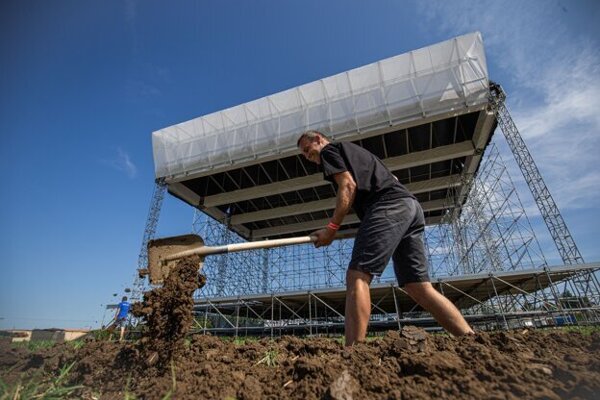 Whoever wants to get the best seats for the mass with Pope Francis can arrive in Šastín one day in advance and sleep in the field behind the town with a view of the Basilica of Our Lady of Seven Sorrows.

“Believers who are among the first to arrive at the event will get within 80 to 100 metres of the altar,” said Martin Královič, chief of the production.

Organisers have so far managed to install eight metal structures with large screens and a stage, which in recent years have been used by all major Slovak music festivals. The pope will take the stage on Wednesday morning.

The fenced compound will open to the public on September 14 at 22:00. People may bring their sleeping bags, blankets, sleeping mats and chairs, but they should leave their tents at home.

“We cannot really make a festival and camping out of it,” Královič said, who has previously worked on the production of the Pohoda festival and White Night event.

Although the mass starts at ten in the morning on September 15, he says attendees should get there by eight at the latest. 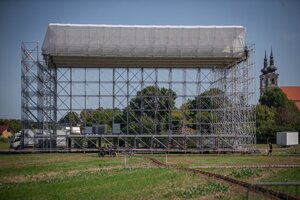 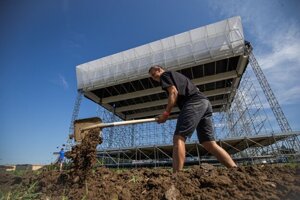 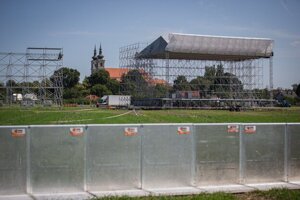 Vaccinated in front, tested in the background

The new pavement is being finished in front of the basilica, a new layer of asphalt is being added to the access road. Several things have to be installed including the sound system and LED screens, which will give people a closer look at the Pope.