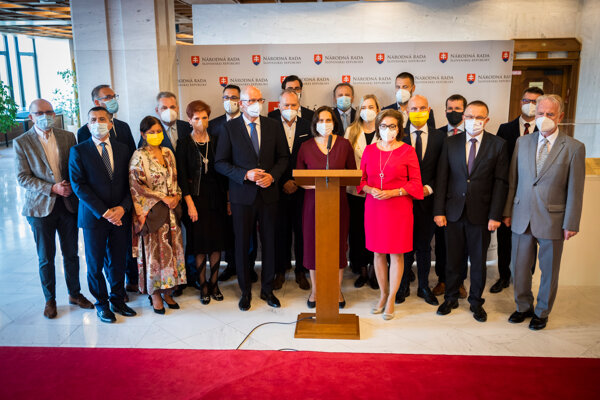 The group around Justice Minister Mária Kolíková has left the smallest coalition party Za Ľudí, and the deputy caucus.

They formed the Platform for a Just Slovakia, and joined forces with the Freedom and Solidarity (SaS) party. The members of the platform will also join the SaS deputy caucus. The two have already signed a memorandum of cooperation.

“There has been a long-standing tension in the Za Ľudí party,” Kolíková told the press on September 8. “It’s detrimental to the party itself, the coalition and, ultimately, all Slovakia. We were basically asked to leave the party.”

The SaS caucus will now have six more MPs, with Vladimír Ledecký, Vladimíra Marcinková, Ján Benčík, Michal Luciak, Marek Hattas and Tomáš Lehotský representing it, thus increasing to 19. Moreover, it will become the second strongest caucus in the parliament, after the senior ruling party Ordinary People and Independent Personalities (OĽaNO). 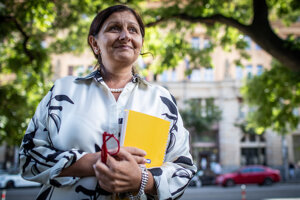 At the same time, the Za Ľudí caucus is likely to cease as it will be left with four MPs. Parliamentary rules stipulate that there have to be at least eight MPs representing a caucus.

Two other members of Za Ľudí, Jana Žitňanská and Juraj Šeliga, are currently remaining in the Za Ľudí caucus. The seat of the deputy speaker of the parliament, previously occupied by Šeliga, still remains vacant.

Kolíková wants to keep the ministry

Both Kolíková and SaS chair Richard Sulík want to keep the Justice Ministry, with Kolíková at its helm. They do not want to change the current valid coalition agreement.

Kolíková is said to be joining the group of SaS ministers, which includes Sulík as the economy minister, Branislav Gröhling as the education minister, and Ivan Korčok as the foreign affairs minister. She should hold the same position as Korčok, who is not an SaS member. 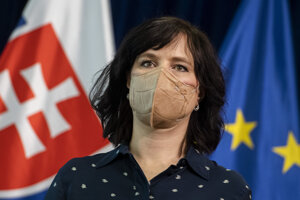 Sulík hopes that the change will contribute to the stability of the government, and “increase the chances that this coalition will complete its election term,” he told the press conference.

Kolíková said that she has not been talking to the current Za Ľudí chair, Veronika Remišová. She sent her a text message, but has not received any answer.

Za Ľudí chair and Investments Minister Remišová responded that the Kolíková faction has been looking for ways to destroy the party for some time already, while keeping the posts they received after the election.

“The departure of Mária Kolíková’s group and its transfer to SaS is a betrayal of the hundreds of Za Ľudí members, thanks to whom they obtained the posts in the government and the parliament,” Remišová wrote in the statement. “It is also a betrayal of the party's voters, who supported them based on the Za Ľudí programme and its definition as a centre-right non-populist political party.”

The representatives of Za Ľudí will meet next week, discussing how to restart the party after losing members.