Hundreds of thousands of people live under the threat of terrorism every day. 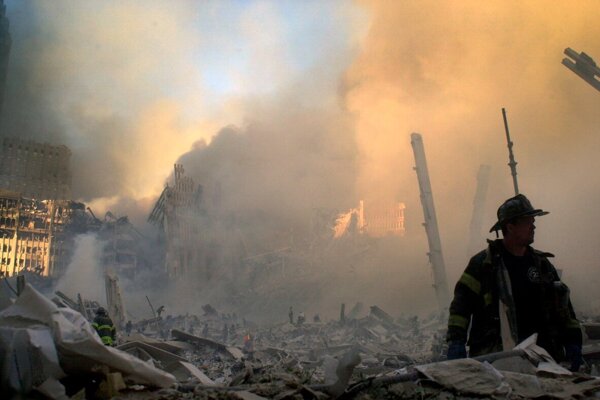 Every time I get on the plane I think of that day. I try not to imagine the details. The terrorists telling travellers that they would not reach the place where their close ones were awaiting them, but that they would hit the Twin Towers in New York.

I wasn't there, but the memory travels with me like it does with millions of other people. From that day on, I stopped looking forward to flying. My experience is nothing compared to how September 11 affected the lives of thousands of people.

In 2006, I spoke with a New York rescuer who still suffered from asthma while dust sent him into a panic. Even just dust on the furniture.

I spoke to a painter who had a gallery near the Twin Towers. She has not painted ever since.

We will never be able to talk to many of the people who were there. The New York Times tried to capture not just the faces and the names, but also the stories of the people who died in the attack. To tell their readers at least a few sentences, to share more about them than just the label of a fireman, a nurse, a rescuer, or a tourist. But the loss remains impossible to express.

Terrorism was suddenly close. In the large cities and at airports. Strict controls reminded us that terrorism travels and penetrates places where nobody expects an attack.

9/11 is not a closed story. It was not closed with the death of bin Laden nor the war on terror declared by the US.

Hundreds of thousands of people still live in countries without any certainty that they will make it home alive, or that there will be a home to return to tomorrow.

Even twenty years on, the picture of the collapsing Twin Towers and the smoking Pentagon bring back the anxiety. That will not change in thirty or a hundred years either.